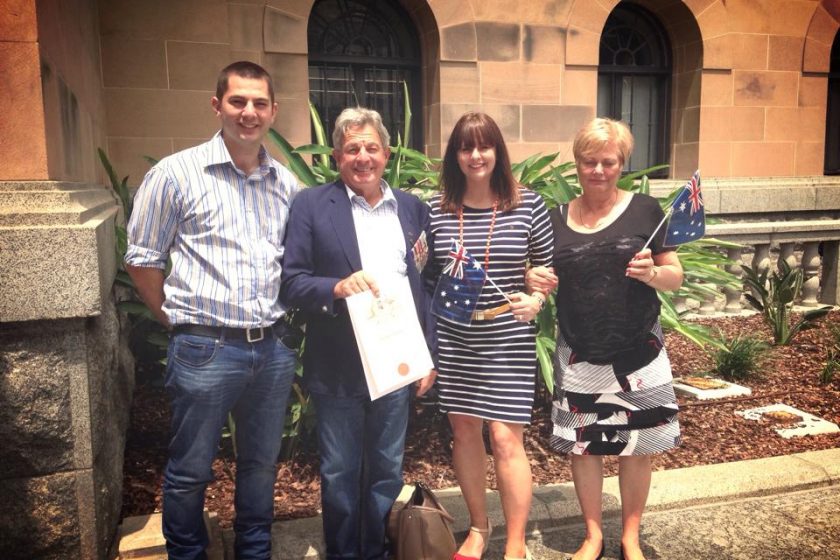 ILCA Asia Pacific Chairman Ken Hurling has never forgotten what his mother-in-law said to him many years ago.

“Make sure you give back to the community.”

That piece of advice has been the fuel that has kept Ken going since moving to Grafton from Sydney in the 70s, and is the reason he was announced on Australia Day to be one of a select few to receive the Medal of the Order of Australia (OAM).

In the Australian honours system, the Medal of the Order of Australia is the highest level of recognition awarded for outstanding achievement and service.

Ken was nominated for this award by his family who claimed that he should be recognised for his tireless community service work, and particularly his contribution to sailing in Australia that spans several decades.

It was back in the early 80s when he started helping out his local club, the Grafton Rugby Club, by selling raffle tickets and raising money for the club house.

Since then he hasn’t slowed down, and even now Ken can look back and be surprised at what he’s accomplished.

“Until I actually sat down and read the list of reasons I was getting the award, I didn’t realise I had done so much,” he said.

Ken has never believed in simply throwing money at a problem, but has always preferred giving his time because time and effort is “more valuable”.

“Community service is a like a drug. Giving back makes me happy.”

He is currently the President of Yachting Queensland, but has also held a presidency in a number of other organisations including the Grafton Rotary Club, Grafton Meals on Wheels and the Flying 11 Association.