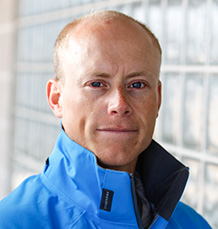 Congratulations! How do you feel after your win yesterday?
Surprisingly ok – a little bit tired and overcome with emotion rather than hung over which is a good thing.

Is this a big deal for you? At prize giving last night you said you had been here a couple of times before – in fact I think you were runner up last time you were in Canada weren’t you?
Yes absolutely! I’ve medalled in four other world championships – two bronzes and two silvers and I was saying last night that I had started feeling a little bit like ‘winning is never going to happen’. To have finally done it and secure a win – I’m very relieved to get that monkey off my back.

You said you felt it was never going to happen – when did you start really worrying about that and how did you turn those thoughts around?
What I mean by starting to think ‘I’m never going to win a Worlds’ was that to come close in so many (and I really was close in a lot of them) and to not have done it, you do start thinking maybe everything is playing against me and it’s never going to happen. But I never gave up and I think I always believed I could do it. I kept believing in what I was doing, tried not to change anything drastically and stuck to what I knew best. And finally it all came together!

And at what point did you start thinking ‘yes maybe it might come my way’?
I think it started sinking in that I could actually win the night before last. I really struggled to sleep – lying there thinking ‘wow this might finally happen and that this might just be the one!’.

I know you thanked your coach (Chris Gowers) who has been on the Laser scene a long time and has coached several top sailors on the GBR team. He seems to have a fairly laid back attitude or does he give you a hard time about where to put your head?
Chris is very level – that’s what’s so fantastic about him. We have a great working relationship and we are close personally too. What he does well is that he never changes – his mannerisms, his everything and he never fluctuates. Everyday, whether I’m doing well or poorly, it’s the same delivery of coaching and that’s my backbone. Its what I fall back on when I’ve had a tough or a good day. He’s a fantastic coach. This is his second Laser World Championship victory – Paul won in 2009 and he also helped Paul to gold in the Olympics. He’s a smart cookie that’s for sure!

What sort of preparation did you do for this championship? Was it something special outside your normal Olympic training? You still hadn’t had the nod from the Olympic team before this championship – have you now made it to the team or is it still open?
No it’s still very open and this won’t hurt for sure. The British guys are getting better and better so I’ve got to keep on top of my game. It’s the same for me as it is for the rest of the guys. We are really trying to focus on the Olympics itself and not on the selection. So now I’m trying to put myself in the best position to win in Rio and that’s really all that’s in my mind.

And was this a must win event for you or just part of your long term training?
A bit of each. It’s a must win in that I was desperate to win a worlds. As I said earlier, I’ve come so close before and I just wanted to get this win. It’s one of those things – your name is never taken off the trophy. You can finish second or third in as many events as you want but people don’t remember that, they remember the people that win! It’s something I’ve wanted for sometime, both for me and my campaign, not for selection for the Olympics although it will certainly help.

There will be a lot of young sailors out there reading this interview. Give me three tips for a youth sailor attending a big event like this or their first national championship.
That’s a good question. I’ve been competing from a very young age and I’ve got a lot of experience. I would say that the biggest thing is that you have got to enjoy it and if you aren’t enjoying it then you are going to struggle. I think that’s something that has seen me through a lot of my sailing – I’ve had times where I’ve not enjoyed it and things haven’t gone my way and it just gets worse and worse. You need to take a step back and put things in perspective.