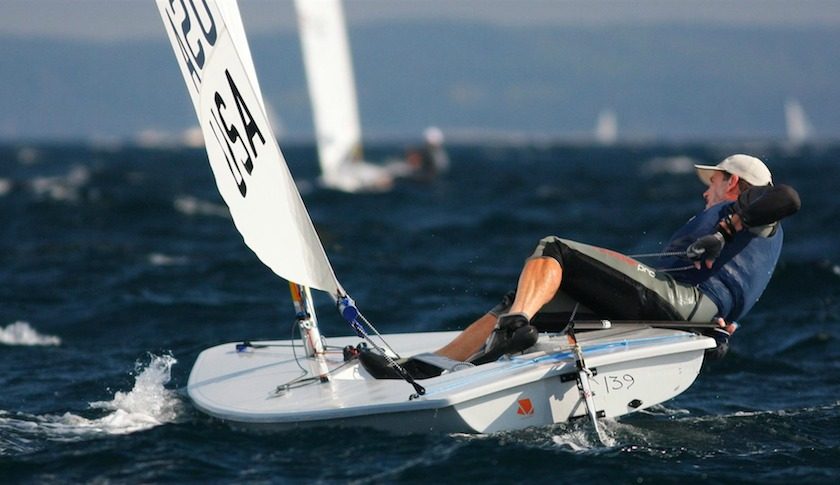 The 2015 ILCA World Council meeting was held at the end of October in Dallas, Texas, USA where a large range of topics were discussed during the two days of meetings.

Thanks in large part to the very productive Technical and Measurement Committee held just prior the World Council meeting, we were able to give final approval to a number of long held up improvements to the boat.

The last issue of Laser World already highlighted the introduction of the Standard Mark II sail and I can only reiterate here the primary goals of this project – to produce a better quality more durable sail that would not significantly alter the Laser sailing game. I have been using a prototype sail for some time here in San Francisco and can certainly attest to the durability! While the sail is different in that the shape is cut into the sail rather than stretched into it by the sailor, the testing did not indicate significant changes in sailing technique. I am therefore confident the second goal has also been achieved. Obviously, time will tell as the ever innovative Laser sailors out there explore all the corners of phase space!

Composite spars will most likely be more expensive to purchase initially but should be a significant improvement in the cost of ownership since they will have much longer lifetimes than the current spars. The exact introduction date will be determined soon – watch the ILCA website for an announcement! Following the example of the new standard MK2 sail, non-aluminum spars will not be allowed in the Olympics or in events which have bearing on Olympic qualification or in other major class events.

The 2016 Championship schedule has lined up quite nicely with our marquee events to be held in the beautiful sailing waters of Puerto Vallarta this Spring – an ideal time of year to be there. A frequent question asked amongst master sailors the past few months is why the 2016 Master Worlds was split into separate Radial and Standard weeks. The answer is not complicated but probably requires a bit of background. As Masters sailors know, the Master Worlds has become enormously popular with the ability to draw well over 300 total competitors at events that can be easily driven to. At the same time, Masters sailors frequently ask why the events can’t be held at more exotic locations with the 2000 Master Worlds held in Cancun as the most fond memory. A difficulty with some locations is accessibility which means participation becomes limited by the availability of charter boats. Puerto Vallarta fits this description exactly – it is a semi tropical location with a large luxurious hotel hosting the sailors and, most important, with fantastic sailing during the time the world championships will be held. The price we pay for such an ideal venue is the availability of boats. A charter company from the United States has agreed to provide 140 boats for all of the Puerto Vallarta championship events. Obviously, this limitation would make a very small Master Worlds by recent standards. However, it is possible to satisfy the anticipated demand and provide the best possible championship event by splitting into two separate weeks. If successful it could serve as a future model for when the Masters World Championships are held in similar venues.

Over the years I’ve had many adventures sailing Lasers – from the big breeze days on my home waters to all of the amazing places in the world I’ve been lucky to see – all because of this boat we all love so much. I have great admiration for those sailors still actively racing in the Master Worlds well past their retirement years – they certainly serve as role models for how to enjoy retirement! And while I certainly plan to campaign a Laser as long as I can I do realize that at some point it might not be possible.

The same sentiment can be applied to the Laser Class itself, in particular with respect to the ILCA office. Jeff Martin has been the face of the Laser Class since most of us can remember and has been instrumental in helping to get the class to where it is today – a double Olympic Class with the largest participation across all age ranges worldwide of any class association in the world. While it is hard to imagine an existence without Jeff in the central role, we must think to the future of the Laser Class after Jeff has retired. Several years ago the World Council initiated a transition plan. The key element of that plan was to hire an eventual successor for Jeff with the goal of a multi-year overlap before and after assuming the role of Executive Secretary. As most know, Eric Faust was hired as the ILCA general manager with the goal of following this plan. Like many of us, Eric is a lifelong Laser sailor who also came to us with extensive experience in class management, notably serving many years as the Executive Secretary of the International J/24 Class. I think everyone would agree that Eric has done a great job as General Manager up to now, so I am very happy to report that this past Summer Eric has assumed the reigns of the ILCA in the role of the Executive Secretary. Jeff has assumed the role of Executive Secretary Emeritus and will continue to have several areas of responsibility – in particular in the area of championship race management and serving as principle liaison with World Sailing. He also remains a member of the World Council. I hope everyone agrees that we are well positioned for a long and healthy future!