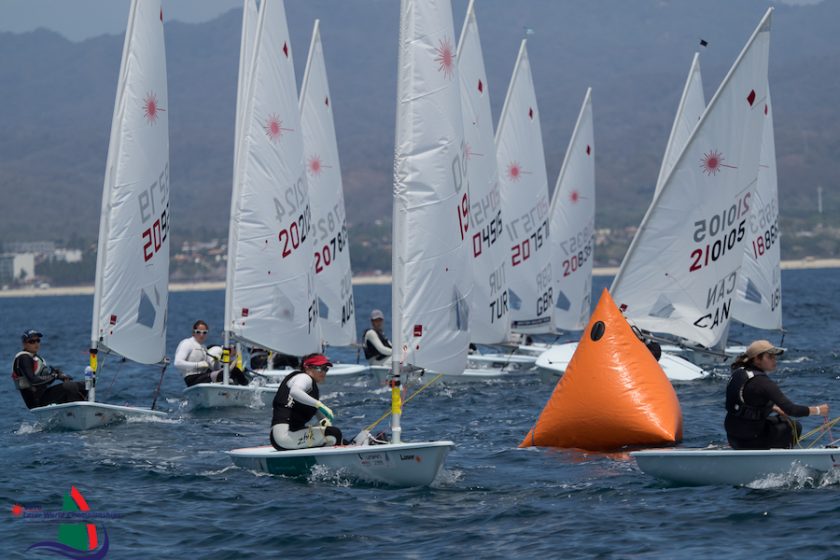 Light winds under hazy skies on Banderas Bay delayed the start of the first day of races, but both qualifying fleets completed two races, as scheduled.The first fleet started cleanly in a southwestern wind of about five knots. The second fleet was delayed by a general recall, and then a postponement as the wind shifted right and the race committee adjusted the marks, but started cleanly under a black flag restriction.

The wind increased through the afternoon, reaching fifteen knots by the end of the day. In general, the winds shifted to the right as they built. The race committee called for a change course for several of the legs during the afternoon. In one race, many sailors found that they had overstood the weather mark on starboard tack and were reaching in, losing distance to those who had stayed closer to the middle of the course.

Competition was tight, but at the end of the first day, Erika Reinecke (USA), Isabella Maegli (GUA), and Lijia Xu (CHN) are leading the fleet, based on provisional results.

Two more races are scheduled for both fleets tomorrow, the second of the four qualifying race days.