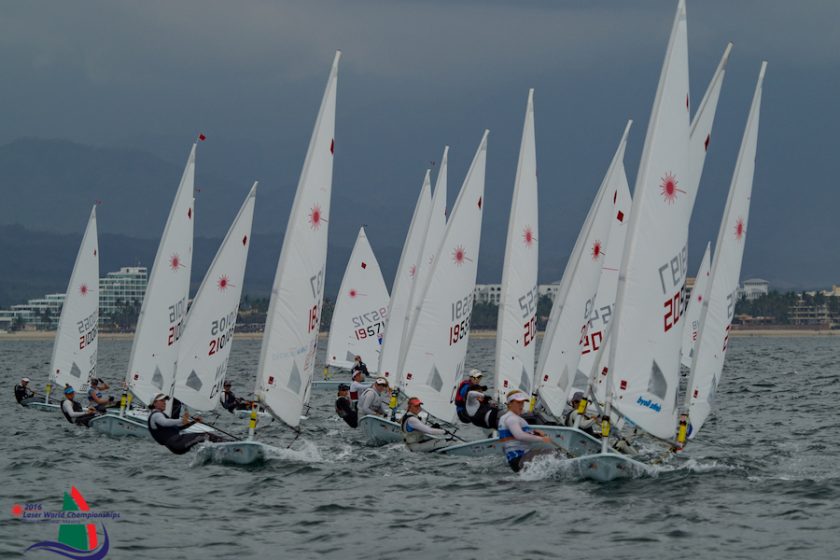 Both qualifying fleets completed one of the two scheduled races today, but the second race of the Blue fleet was abandoned as the wind died in the late afternoon.  This race will be re-sailed tomorrow.

Light winds delayed the start of the first race until just before 1400h, only an hour after the scheduled time.  The breeze increased through the afternoon, and shifted several times, as low clouds approached.  But as the clouds passed, they took the wind with them.  Race Committee abandoned that race as the wind continued to decrease.

But with one more completed race for both fleets, Erika Reinecke (USA) maintained her lead with a third place finish.  Isabella Maegli (GUA) and Lijia Xu (CHN) dropped back, allowing Gintare Scheidt (LTU) to move up into second place, followed by Paige Railey (USA).  But it is still early in the event, and there are many more races to be sailed.

Overcast skies, and less than typical winds are expected for the next day or two.  After that, the organizers and competitors are looking forward to clear skies, and building thermals, and the racing should be even more exciting!