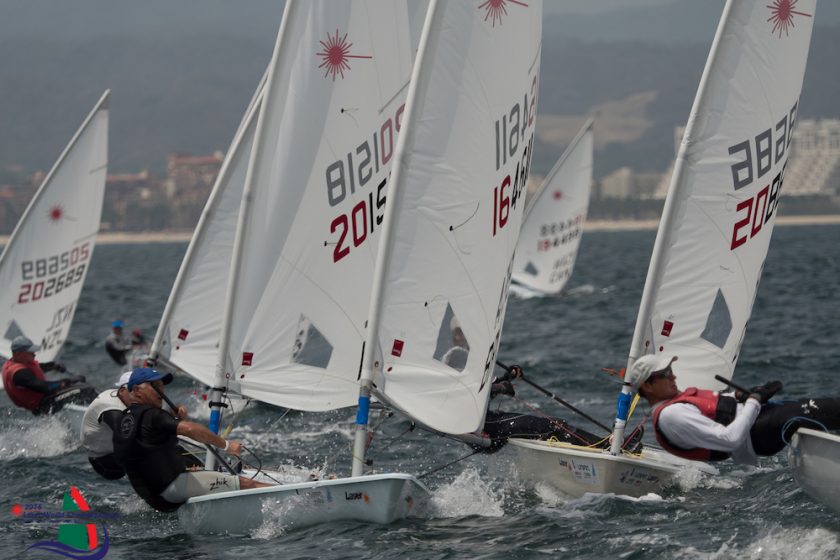 The 2016 Laser Radial Masters World Championship has concluded, with winners from New Zealand, Brazil, Australia, and the United States of America claiming top spots in the five age-grouped divisions.  Masters sailors are all at least 35 years old, and are grouped by decades – Apprentice (35-44), Masters (45-54), Grand Masters (55-64), Great Grand Masters (65-75), and Legends (75+).

Scott Leith (NZL) decisively closed out the Apprentice division, winning both races today.  His two discards for the event were both seconds.  Jon Emmett (GBR) was in the hunt, but had more seconds than firsts, overall, and had to discard a fifth.  Ian Gregory (GBR) finished third.  In the Masters division, Carlos Edwardo Weberley (BRA) solidified his lead over Richard Blakey (NZL) by winning the final race.  Allessio Marinelli (ITA) held his third with solid finishes today.

In the Grand Master division, Vanessa Dudley (AUS) held onto her lead from yesterday, winning by two points.  Jeff Loosemore, also representing Australia, edged ahead of her with a win in the first race, but Dudley came back with a 3rd in the second to win the division by two points.  Luis Castro (BRA) held onto third over Terry Scutcher (GBR), although each tried to give it away with double-digit finishes today.

Robert Lowdnes (AUS) clinched the Great Grand Masters division with a second, despite having to discard a 12th in the second race, holding off William Symes (USA) and Michael Kinnear (GBR).  The 75+ division had some close racing, with Peter Seidenberg (USA) taking the win from Kerry Waraker (AUS).  Seidenberg claimed a pair of bullets, with Waraker finishing second in both races, for a two point lead.  David Hartman (USA) finished third in today’s race, and overall.