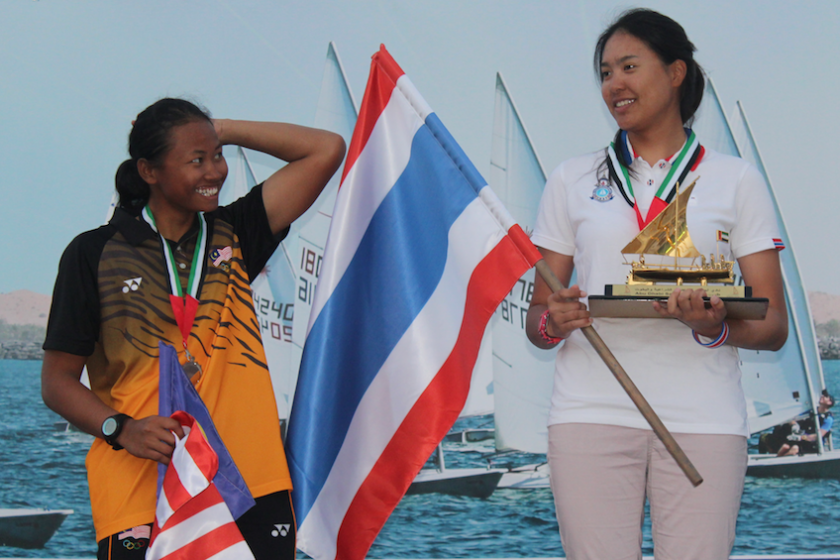 Jeff Martin looks at how the new country qualification criteria for the 2016 Olympic Games has led to two successful events!

The International Olympic Committee introduced a new country qualification criteria for sailing at the 2016 Olympic Games – one of the three qualification events must be a continental qualifier. In the Laser and Laser Radial special events were created for qualification in Africa and Asia. Both were a great success helped by the fact that the venues in Algiers, Algeria and Abu Dhabi, United Arab Emirates were able to supply a fleet of charter Lasers to eliminate the cost of shipping boats within such large continents. In Africa a record seven countries sent sailors in the Laser and Laser Radial. In Abu Dhabi fourteen countries sent entries all trying to secure a place in either the Laser or Laser Radial or both. In the predominantly light wind African qualifier entries were limited to two per country which provided a close and balanced competition between the countries still trying to qualify. Youssef Akrout won the men’s championship with a clean sheet of first places. He had previously country qualified in the 2014 ISAF World Sailing Championships in Spain. This left the battle for the two African continental places to be fought for by Seychelles, Egypt and Angola. In a close last race contest Rodney Govinden (SEY) finished second overall with Ahmed Ragab EGY doing just enough in the last race to finish one point ahead of Manuel Lelo ANG to get the second men’s place. Lelo got his just reward when Angola was subsequently awarded an IOC Tripartite place for Rio. The women’s fleet was even more competitive with a three way tie for the two women’s places, split in favour of Ines Gmati from Tunisa and Imene Cherif Sahraoui from Algeria.

Abu Dhabi provided a competition that was equally close and exciting. Again there were two continental places available to each of the men’s Laser and women’s Laser Radial fleets at the Asian Championship. Dodging thunderstorms on several days a full series was completed with honours shared between Malaysia and Thailand. In the 41 competitor men’s fleet Khairulniziam Mohamed Afendy MAS finished fifth in the medal race to secure the championship and a place for Malaysia in Rio de Janeiro. Alfendy was one place behind Keerati Bualong THA who took second overall and the second country place giving him another visit to the Olympic arena. Kamolwan Chanyim THA reversed the country positions in the thirteen strong Women’s fleet by finishing fourth in the light winds of the medal race to take the championship title and another place for Thailand in Rio. Nur Shazrin Mohamed Latif finished second in the medal race to win Malaysia’s second Olympic place.