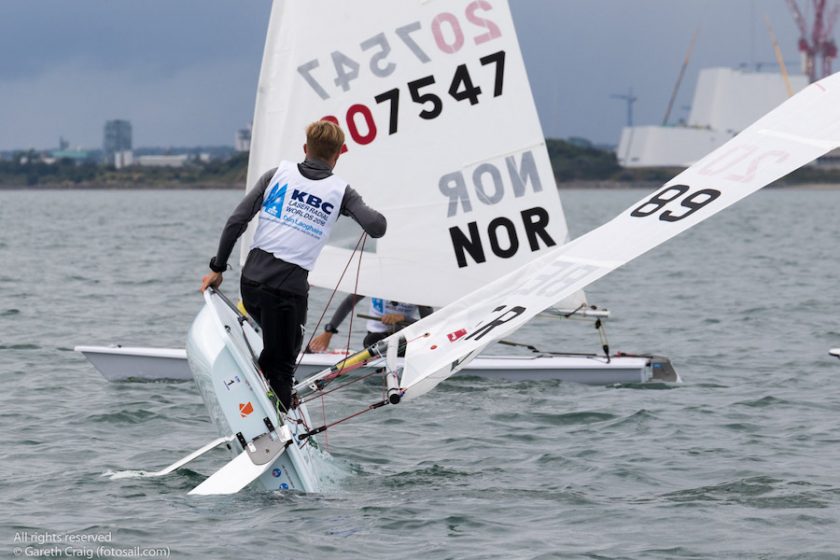 On tomorrow’s final day, the KBC Laser Radial World Championship fleet will launch at 8am in an attempt to sail three more races. Dun Laoghaire’s Royal St. George Yacht Club organisers are aiming for a first gun at 1000hrs, two hours ahead of schedule.

Racing on the penultimate day of the championship was abandoned today when the wind died, leaving the biggest regatta fleet in Ireland this year becalmed on Dublin Bay.

A number of races were started on both race courses but scrubbed when a fickle north–westerly breeze dropped from five knots to zero.

Since the regatta began on Monday, the boys fleet have sailed eight of a scheduled 12 races, the girls have sailed seven and the mens fleet nine.

The latest forecast is for westerly winds at 10mph at start time. No race may start after 1500hrs tomorrow.