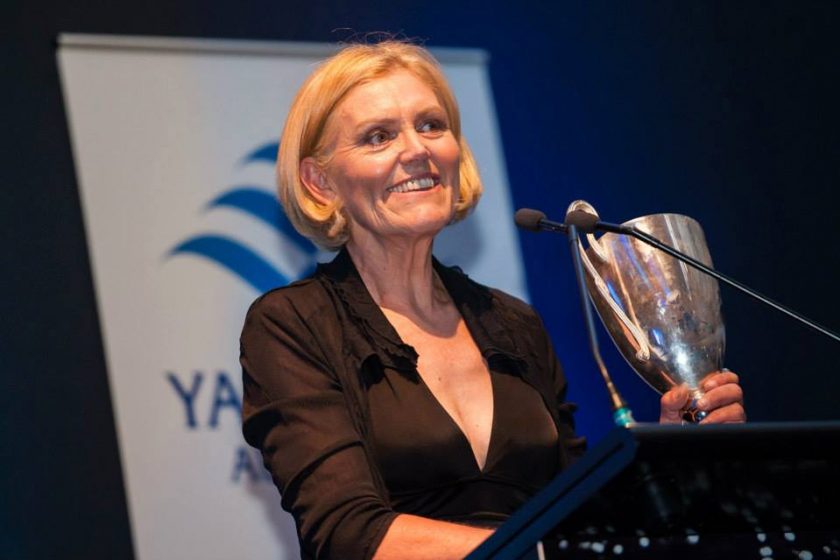 What boat did you first sail?
A Manly Junior, which is a snub-nosed timber dinghy designed locally and sailed by two kids with a main, jib and spinnaker.

What other boats have you sailed?
Almost everything! All sort of dinghies, including Moths, which back then were non-foiling plywood scows, and 18-Foot skiffs which were very fast, very thrilling and very scary. I know a lot of dinghy sailors find keelboat sailing quite boring, but I love being able to do both. I’ve done a lot of offshore racing in boats from 9-30m (30-100ft), including the Sydney to Hobart yacht race, which is every sailing kid’s daydream when you grow up in Sydney watching the fleets depart every Boxing Day.

Why have you chosen to sail a Laser?
I love the great one-design racing, relatively low costs and minimal boat maintenance requirements, great friendships with fellow club and class members and the ability to get out on the water without having to rely on anyone else. Also the physical demands of Laser sailing give me a reason to get up off the couch and out for a walk or to the gym.

Favourite sailing venue and why?
Sydney Harbour, especially the open Sound area between North, South and Middle Heads. I’m a member of Middle Harbour Amateur Sailing Club, which is a small shed full of Lasers. We take turns to run the racing and share a great club spirit. It’s also a fantastic place to train for regattas because you can choose whether to practise in the flat water of Middle Harbour or the rough water and swells out in the Sound.

How many hours do you typically sail?
I work full time so my sailing is for fun on Saturdays and Sundays. When there’s a regatta coming up I’ll try to get out a couple of afternoons after work as well during the month before the event.

How often do you compete at regattas?
As often as possible. We have a very active and well-managed NSW & ACT District Laser association which runs three or four good regattas each year. Every second year we have an Australian Laser Masters regatta. And its always great to have a world title to work towards.

How did you prepare for the Masters?
We had a big contingent of MHASC members at the Laser Radial Masters Worlds in Mexico, which meant there was a good training squad on weekends, and I also liked to get out on my own after work to practice boat handling drills. The timing of these worlds in April/May was just about perfect for us, because the sailing conditions were still good and we could build on the end of our summer racing season. My club mate Jeff Loosemore is a very dedicated Laser sailor and he was very generous to me with his time as a training partner. We ended up racing each other for the grand masters title in Mexico.

Tell us about the Masters in Mexico?
The conditions in Mexico really suited me, because I seemed to be very fast upwind upwind when I could just stretch out to full hiking, and most of the races were in that wind range. The waves were fun downwind too, although I got a yellow flag for body pumping on the reach in the first race and really had to curb my enthusiasm for the rest of the regatta. It was very exciting to win in Mexico because there was a big fleet and it was close right up to the final race. Winning the Grand Masters in Oman in 2013 was really thrilling – we had a fairly small fleet there so to be able to win again in a much bigger fleet made me feel really great.

What other World Championships have you attended?
Mexico was my seventh Laser Masters Worlds. My first was in Terrigal, Australia in 2008. When I was much younger I also raced Lasers in the Women’s World Championships, back in the days when everyone sailed standard rig. I’ve competed in 20 Sydney to Hobart yacht races, perhaps I can stop now!

How long will you continue to sail?
We’re so lucky that sailing is a pastime we can enjoy at any age. I’m full of admiration for the Legends sailors at the Laser Masters Worlds, and hope I’ll be able to join them one day.

Why do you think there aren’t more women competing at the Masters?
This is baffling to me. Family commitments must have something to do with it, and a lot of women are not quite big enough to compete equally in all conditions. Hopefully things will change in the future when all the current era of great young women Radial sailors reach Masters age. The 4.7 rig might also widen the options for women, although so far this hasn’t gained any traction at the Masters Worlds.