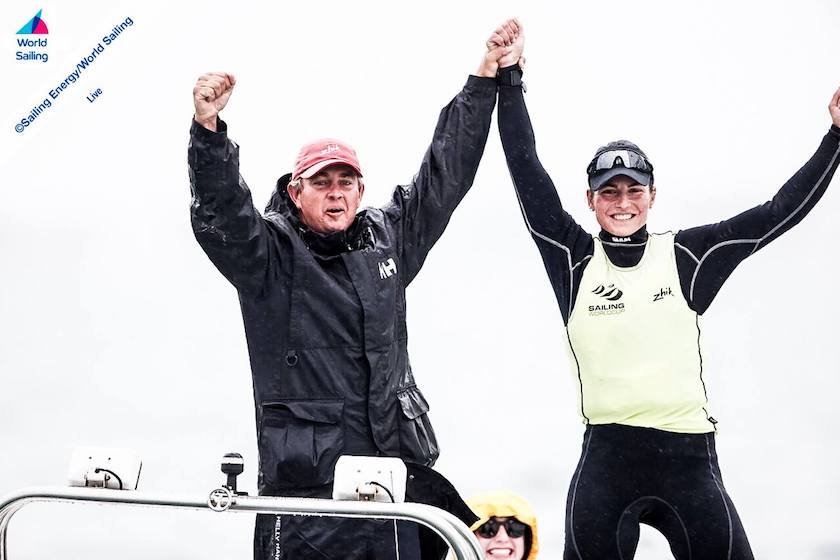 The first 2017 Olympic Classes Worldcup Regatta was concluded yesterday with the Medal Races of five classes, among them the two Laser fleets.

Jean-Baptiste Bernaz FRA was the premature winner in the Lasers Standard before the last race already, and in the final rankings, the 2nd-placed Pavlos Kontides CYP has now a 55 points’ backlog ! In the English duel for rank 3, it was Lorenzo Chiavarini GBR who relegated the World Champions Nick Thompson GBR on rank 4.

The gaps between the Laser Radial women was such, that no changes occurred in the Medal Race. Vasileia Karachaliou GRE won also the Medal Race and celebrated her first Worldcup victory with an 18 points’ advantage. Evi Van Acker BEL and Mathilde de Kerangat FRA completed the podium.
All ranking list, the final report and the video of yesterday.