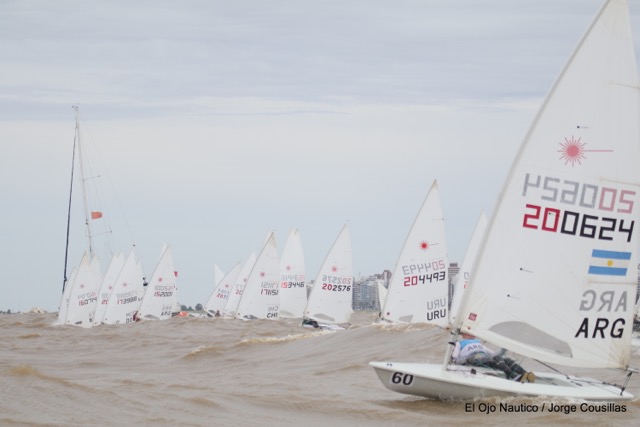 The first day of racing brought light and difficult winds, to be shortly replaced by heavy breeze and big waves during the last two days. The large waves were ideal for downwind surfing in Lasers, and sourced survival stories for competitors to exchange off the water.