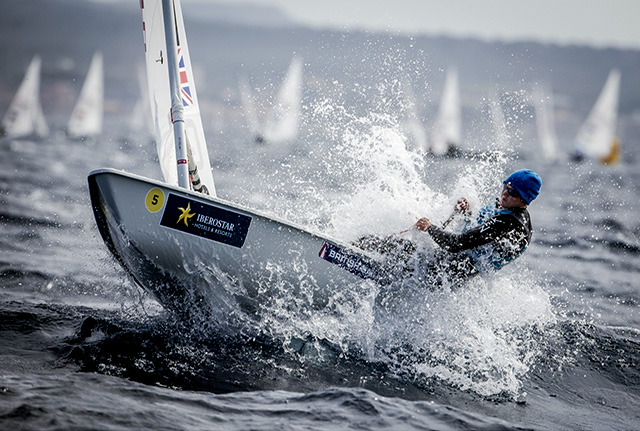 Two qualification races  were held according to schedule yesterday for the two Laser fleets on Palma Bay in a 12 knot sea breeze.

Finishing 1 and 2 in his group, Jemin Ha KOR took the overall lead in the Laser Standard ahead of Joel Rodriguez ESP and Nick Thompson GBR at equal points on rank 2 and 3.

As best of the day with a finish of 1 and 3, Maxime Jonker NED extended her lead in the Laser Radial fleet. Alison Young GBR on rank 2 follows 3 points behind while Tuula Tenkanen FIN advanced on rank 3.

All ranking lists, the daily news and the videos.