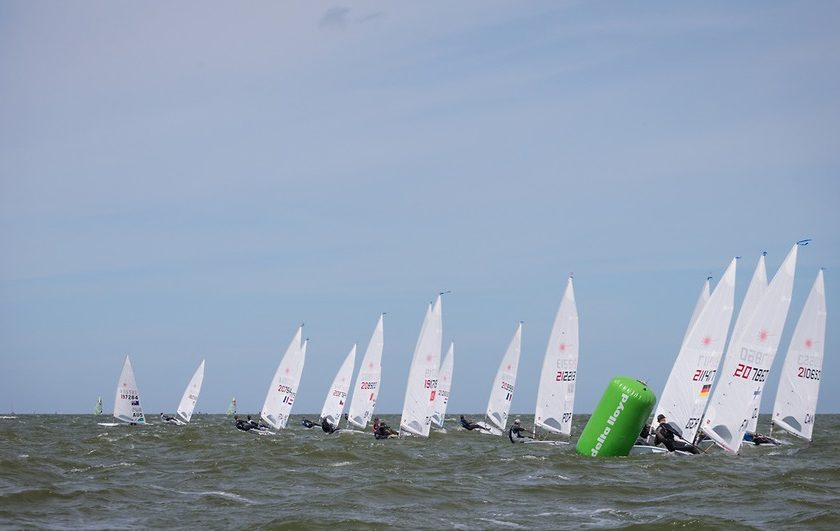 Light winds prevailed yesterday making the day for the leading Matthew Wearn AUS difficult. With a 25th race rank and a premature start disqualification, he dived on rank 11 overall. Fight for the Medal Race cut will be the theme of the day for him during the three races planned. Elliot Hanson GBR is now the sole leader but the gaps between the athletes are minimal. Tonci Stipanovic CRO on rank 2 is one point behind. Pavlos Kontides CYP is is back on 3rd thanks to the discarded result.
As best of the day, rank 5 and 1, Manami Doi JPN has taken the lead in the Lasers Radial at equal points with Tatjana Droszdowskaja BLR. Emma Plaesschart BEL 4 points back is now 3rd. The Olympic Champion Marit Bouwmeester NED on rank 9 has to fight for a Medal Race seat in today’s last qualification races in her first international event since the Rio Games.
The Lasers will sail their Medal Races this evening already, to be followed on GPS tracking live.
All ranking lists.