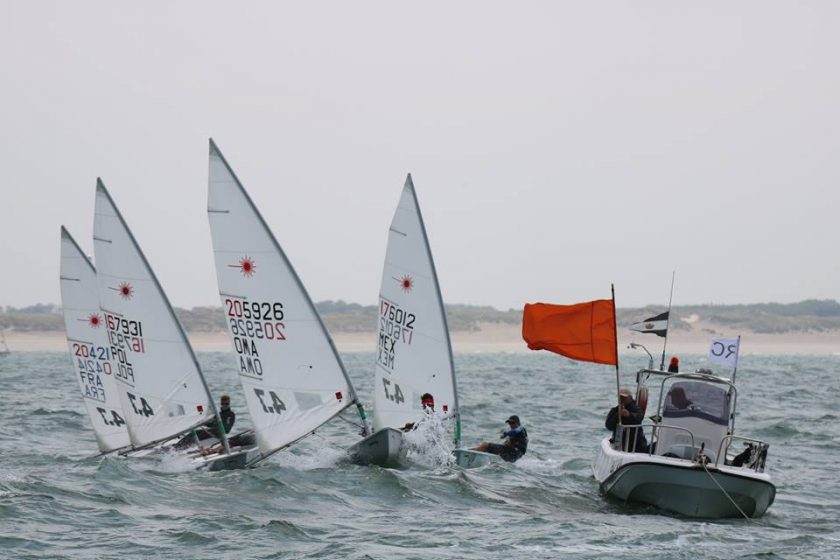 While it is certainly true that there are many sailors who can potentially win a World Championship, it is also true that there are some sailors might regularly be found sailing near the front of the fleet. Coming into the 2017 Laser 4.7 Youth World Championships, there were a few returning names who put together solid performances in the 2016 World Championships. On the Girls side, Federica Cattarozzi (ITA) finished 4th last year, while Annabelle Westerhof (NED) and Julia Büsselberg (GER) were also in the top ten. Among the Boys, Pere Ponseti (ESP) finished 3rd and Semen Mekhanikov (RUS) and Emilios Monos (GRE) were both in the top 20 (out of more than 250 competitors).

Then again, that was a year ago, and plenty of sailors have made dramatic improvements in their boat handling and tactical skills since then. The European Championships took place in April of this year with Federica Cattarozzi (ITA), Ana Moncada Sanchez (ESP) and Shai Kakon (ISR) taking the top three spots in the Girls fleet, while two sailors from Turkey who are now in Nieuwpoort took the top two spots in the Boys fleet at the Europeans Yigit Yalcin Citak (TUR), Yilkan Timursah (TUR).

Perhaps some local knowledge will help propel Belgian sailors Eline Verstraelen (BEL) and Thijs Peels (BEL) into the top of the standings. Then again, maybe someone who has not yet put it all together will have a breakthrough and claim the Championship. That is what we are here to find out.

With sailors anxious to get started on the business of competing in the World Championships, a sudden and substantial wind shift just before the start of the first race on the Tango course meant that sailors would have to wait just a bit longer. And the new breeze, in addition to a change of direction, showed signs of strengthening. In the first start, even with an adverse current, the Girls’ White fleet poured over the line early several times. After enough sailors were forced out under a black flag disqualification, the remaining fleet finally got a clear start. The Girls’ blue fleet was a bit more restrained and did not give the race committee any problems. The final fleet to start on Tango, the Boys’ blue fleet, was the most aggressive with four recalls before getting away.

The wind continued to build through the afternoon, and quite a few sailors spent some time in the water after capsizing during pre-regatta maneuvers, especially on the Tango course. Meanwhile, the sailors on Oscar were subject to a bit of a rain shower that appeared to include light hail as well.

In addition to contending with the wind, the sailors also had to account for a current that was pushing them towards (and over) the starting line. Surely that helped to account for some of the 45 black flag disqualifications that sailors received over the course of the day.

Each fleet completed both races scheduled for the day. And the top 5 in each division are: