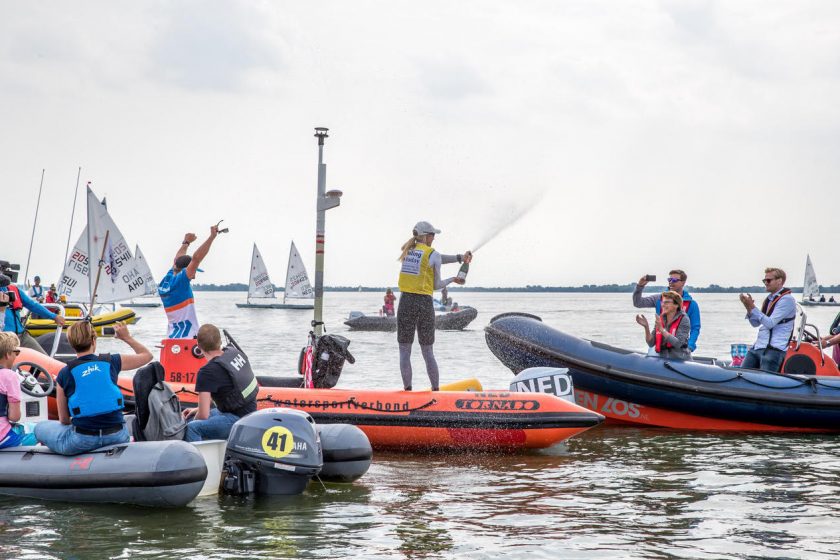 (Medemblik, Netherlands) – No races were sailed today, due to lack of wind. This concludes the Laser Radial World Championships, with ten races completed in six days.

The morning brought postponement on shore until about noon. Eager to complete the Final Series and hopeful for more breeze, all three fleets sailed out on the IJsselmeer in about 5-6 knots. The wind, however, gradually died and the AP flag was hoisted. Everyone waited on the water until 15:00, after which no race could start on the final day. At 14:30, the Silver fleet was sent to shore, at 14:45 the Men’s fleet followed, and finally at 14:55, the Gold fleet headed in with Marit Boumeester (NED) and Marcin Rudawski (POL) named the 2017 Laser Radial World Champions.

“It’s amazing,” described Bouwmeester. “I so badly wanted to prove that I was worth my Olympic title, and to do it in my home country, to show our sport, to show myself, for the nation…it’s just an incredible feeling.”