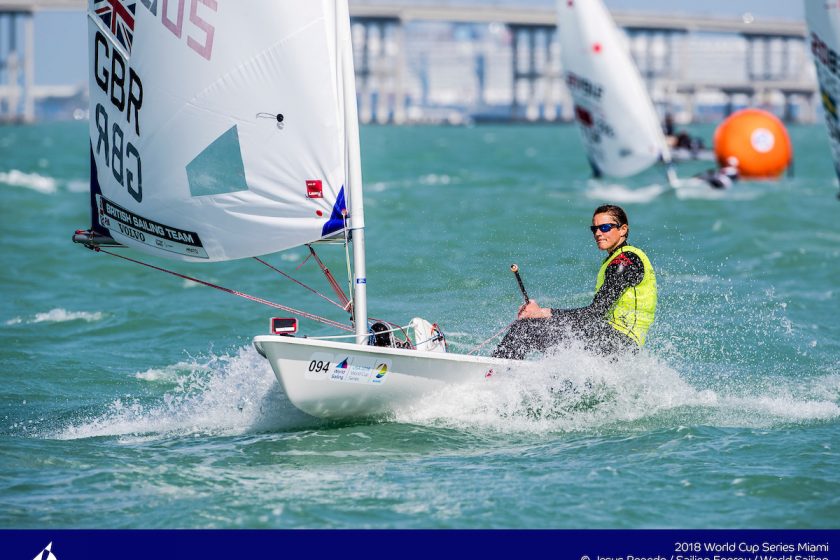 In an up to 20kn breeze, Alison Young GBR remained on top of the Lasers Radial with a 2nd rank in the Medal Race. Emma Plaeschart BEL and Anne-Marie Rindom DEN earned Silver and Bronze. Paige Railey USA finished on rank 13 after a long absence from the Olympic circuit. Marit Bouwmeester NED and Evi Van Acker BEL, the World nbr 1 and 2, did not compete.
Tom Burton AUS was the premature winner in the Lasers Standard before the Medal Race already. He could easily correct an “over early” in the final race and complete the race sailing behind the fleet. Philipp Buhl GER grasped the Silver Medal just one point ahead of Nick Thompson GBR.
All ranking lists and the final report.