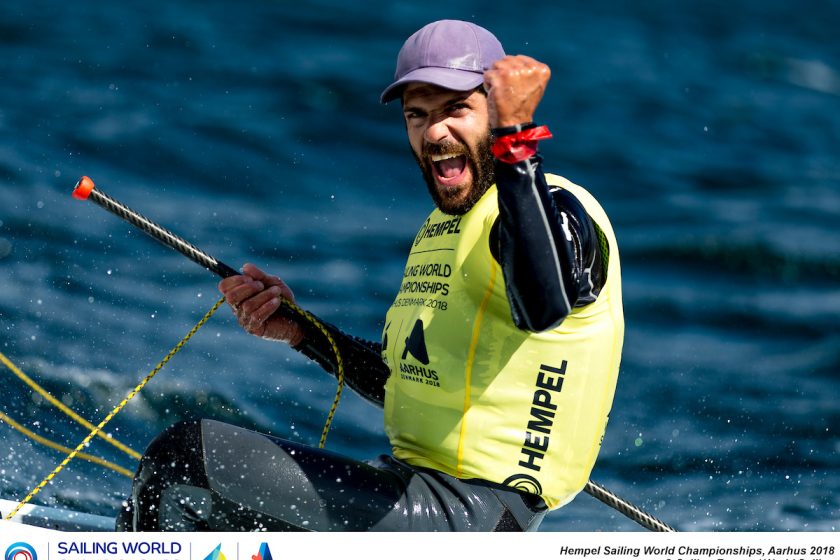 (Sarasota, Florida) Two-time Olympian and World Champion Pavlos Kontides has been named 2018 Rolex World Sailor of the Year at the World Sailing Awards this evening.

Winning silver at the London 2012 Olympic Games firmly embedded Pavlos Kontides into Cyprus’ sporting history as his success was the first Olympic medal for his nation. Since then, Kontides has continued to inspire nationally and globally with his achievements in the Laser class.

Throughout the year, Kontides repeatedly earned his place on the Sailing World Cup podiums. In the 2017 series, Kontides won silver in Miami and gold in Hyères, before claiming silver again in Gamagori, Round 1 of the 2018 series. Most impressive, however, were his accomplishments and performance at the ultimate events of the year. Kontides won gold at the 2017 Laser World Championships in Split, Croatia, and retained his title less than one year later at the 2018 Hempel Sailing World Championships in Aarhus, Denmark. After 10 testing races, Kontides faced off against Matt Wearn (AUS) in the Laser medal race and secured a two-point victory and a second world title.

Congratulations to Pavlos Kontides, who can now add Rolex World Sailor of the Year to his many achievements and success in the Laser.