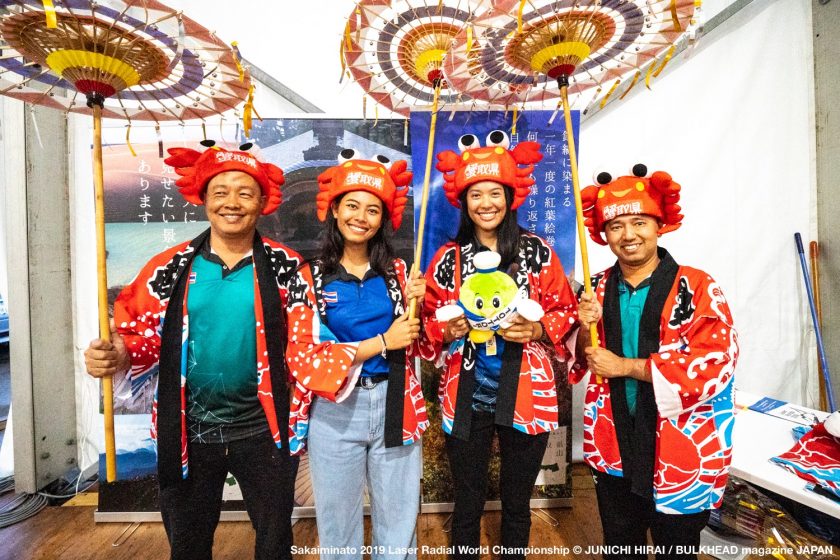 Registration and equipment inspection for Radial Worlds finished today under rainy skies and fickle winds. The practice race never materialized due to dying & shifting winds at the start. (Although, to be fair, only a few sailors were still on the water at that time.) And a typhoon (or, at least, the outer bands of one) is due to arrive this weekend. What a difference a day makes!

But everyone registered & completed equipment inspection. A midday break in the weather had sailors out on Miho Bay for some practice time. Race committee worked through mark sets and communication and starting sequences during a rainy afternoon. There were some bright spots in an otherwise poor day for sailing!

And, opening ceremonies were held as scheduled. PRO Hugh Leicester thanked local and regional officials for their hospitality, they in turn welcomed the sailors, and the hospitality continued with food and drinks and local music.

The first day of Qualifying races should begin tomorrow at 1100h with three starts – Men’s, Women’s Yellow, and Women’s Blue. More rain is expected, but race committee is monitoring the forecasts, and the sailors are ready. It’s an outdoor sport – we’ll wait to see what nature brings us!