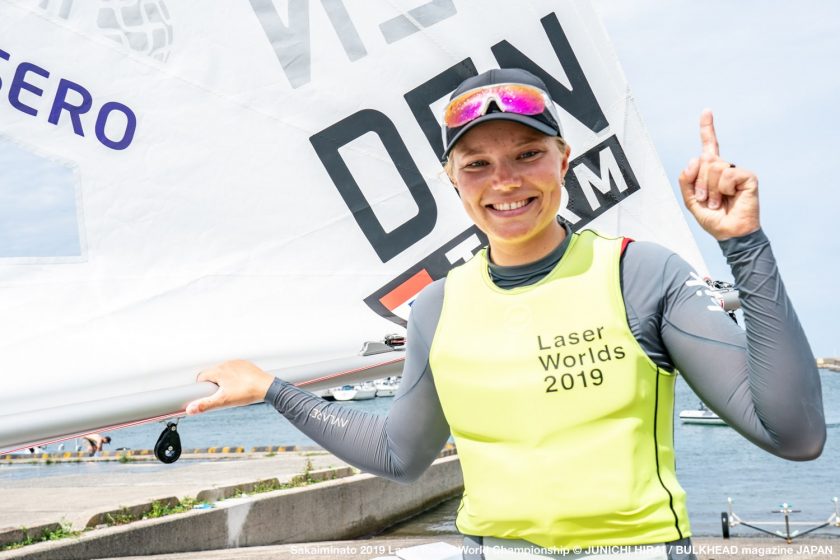 Denmark’s Anne-Marie Rindom, 2019 Laser Radial World and European Champion, has been nominated for 2019 Rolex World Sailor of the Year. Nominees are those that have performed at the highest level over the last 12 months and continue to inspire globally.

On the road to the Tokyo 2020 Olympic Games, regular success in the Laser Radial has been hard to come by. Danish sailor Anne-Marie Rindom has broken that trend, finding the right rhythm and form as the clock ticks down the 2020 Olympiad as she bids to upgrade her Rio 2016 bronze medal.

In July 2019, Rindom secured her second Laser Radial world title in Sakaiminiati, Japan, highlighting her as a favourite for Tokyo 2020. Her World Championship success has not been isolated and throughout 2019 alone she has won four gold medals at high-profile events.

Before she headed to Japan for the 2019 World Championship, Rindom secured gold at the Trofeo S.A.R. Princesa Sofia Regatta in Palma de Mallorca, Spain. She then topped the standings at her second consecutive event after she won in light and challenging wind conditions at the Hempel World Cup Series event in Genoa, Italy. Just weeks later she made it three in a row by securing the European Championship title in Porto, Portugal, moving to World #1 as a result.

The female and male winners will be announced at the World Sailing Awards Ceremony in Bermuda on 29 October 2019. Each winner will be presented with the unique marble and silver trophy depicting the globe, crowned with five silver spinnakers representing the continents, together with a Rolex timepiece.

From Tuesday 22 October 2019, members of the public will be invited to vote for who they think should be crowned the 2019 Rolex World Sailor of the Year. The public vote will contribute to 50% of the overall count with the remaining 50% to be decided by World Sailing’s Member National Authorities.

For full article, see the announcement from World Sailing.