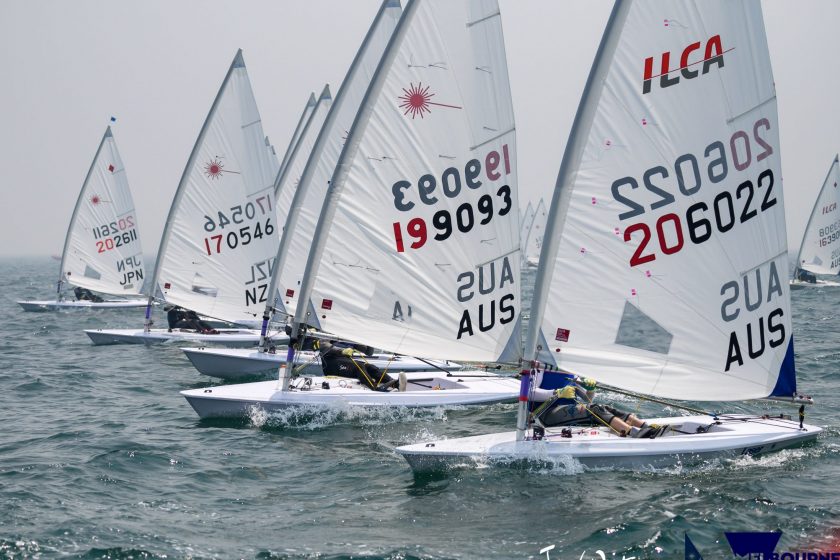 ILCA is embarking on a series of articles aiming to keep all members informed about the status of approving new manufacturers, equipment supply and the effect on class operations.

As a result of antitrust actions brought in Europe, World Sailing has made a number of changes to the process for selection and review of Olympic equipment. In order to comply with EU Regulations, World Sailing now requires that any interested party that meets the necessary technical qualifications and regulatory requirements must be able to manufacture and sell Olympic equipment

For ILCA, this World Sailing policy has required a fundamental change to the way our class has operated for nearly 50 years, not only in how builders are determined but critically in the trademarks used on class-legal equipment.

Commercialization of the Laser dinghy started in Canada in the early 1970s with a single manufacturer, Performance Sailcraft International (PSI), which claimed rights to the LASER trademark and the sunburst insignia in most parts of the world. As the boat gained in popularity PSI recognized the need to license new builders in order to handle demand. These new builders were granted a license to the confidential construction manual, which describes the technical specifications about how to build the boat, and also the rights to use the LASER trademark in certain territories. These exclusive territories limited competition for the production of class-legal equipment and made the rights to build and sell the boat more lucrative. Unfortunately, in the early 1980s PSI went bankrupt with two main results: 1) the construction manual came under joint control of ILCA, Bruce Kirby and the licensed manufacturers that existed at that time, and 2) each of the licensed manufacturers were allowed to acquire ownership of the LASER trademark in its territory.

Throughout the history of the class it has been the license agreements along with the trademark rights that have determined where manufacturers can sell their equipment. This controlled market generally worked well during the earlier, high-growth era of the class with multiple builders on nearly every continent giving reasonable access to equipment. But over the past decade the continued consolidation of builders has led to chronic supply issues in several parts of the world, with restricted territories preventing other builders from stepping in to help alleviate the problem. The result has been limited growth and restricted access to equipment in many areas of the world, leaving ILCA struggling to work within the existing structure to find solutions.

To maintain Olympic status, the International Olympic Committee (IOC) requires that all athletes have equal access to equipment. Principally, this is to alleviate the concern that an athlete might have access to “better” equipment that is only available in certain parts of the world. Consequently, for many years World Sailing has required that individual sailors be given the right to purchase equipment from any manufacturer regardless of licensing or trademark restrictions. In order to maintain our Olympic status, the class approved builders agreed to this provision, though obtaining the equipment across territories generally incurred much higher expenses for sailors (e.g. shipping costs).

Over the past decade the small number of manufacturers and the highly limited access for new builders has led to chronic shortages of equipment in many areas of the world. As an Olympic class this has been a real problem for aspiring Olympians who have been challenged to affordably acquire the equipment they need to compete on a world level. But moreover, the limited supply has also significantly impacted potential growth for our class.

Against this backdrop, in the past few years several marine equipment manufacturers in Europe initiated anti-monopoly actions against World Sailing claiming that they were being denied access to the Olympic sailing equipment market. Because of the size of the market and the tight control for new manufacturers, the European Commission has made the Laser class a central focus of its preliminary inquiries, placing scrutiny on how the class operated in the past and the changes necessary for the future. It should be noted the EU inquiry is ongoing and ILCA is now in direct communication with the EU Commission as we work to resolve this matter.

Because of the pressures in Europe, World Sailing has now implemented an antitrust review policy under which all Olympic classes will be evaluated for compliance with antitrust regulations. ILCA was the first Olympic class to go through this new process, having completed the equipment review for the 2024 Olympics in March 2019. After this review the World Sailing Council, at its midyear meeting in May 2019, voted overwhelmingly to retain the Standard and Radial for the 2024 Olympic Games, subject to the requirement that ILCA demonstrate compliance with World Sailing’s Olympic Equipment Policy which includes the requirement for open builder and equipment supplier access.

The Olympic Equipment Policy requires that the Olympic sailing classes have a process in place by which “any interested party who meets the necessary technical qualifications and regulatory requirements must be able to manufacture and sell Olympic equipment.” Further, the manufacturer selection process must be defined on a fair, reasonable and non-discriminatory” (FRAND) basis.

To implement World Sailing’s policy, ILCA has now established the necessary procedures for bringing on new builders.  The primary objective is to ensure the one-design principle that is the foundation of our class – that all boats are built to the same strict standards regardless of the manufacturer. This new builder process is ongoing and details of the approval procedure will be described in subsequent articles.

Looking forward, the biggest visible change sailors will see is in the branding of the boats. ILCA does not own or control the LASER trademark and all attempts to achieve a worldwide licensing agreement amongst the three trademark owners for the Laser name and the sunburst logo failed last summer. As a result, in order to comply with World Sailing’s Olympic Equipment Policy, ILCA undertook a rule change vote to remove the requirement that approved builders must also have the rights to use the Laser trademark. The rule change, approved by 79% of the class members, will allow the class to “un-brand” and let new builders sell class legal equipment under alternate brand names. An important point to be made here is that there will no longer be artificial territories for the sale of class legal equipment – builders will now be allowed to compete directly against each other.

Of course, with new builders using new trademarks we should expect to see class legal boats with alternate branding competing in the same regattas. A subsequent article will discuss this topic in more detail and what we can expect in the future.

In the coming weeks we intend to publish more articles in which we will go into more details and help all members better understand how our class will continue to evolve in the future. This article is an introduction; providing some background information to set the context. In upcoming articles we will look to describe the procedure for approving new builders and equipment manufacturers, what one might expect to see in terms of alternate branding, procedures for ensuring integrity of equipment and a description of the royalty scheme for ILCA approved equipment.

In the meantime, if class members have any questions on this topic we’ve set up a special email address to address them. We will compile all relevant questions and provide answers on a new, comprehensive FAQ page on our website. Please send your questions to: questions@laserinternational.org.