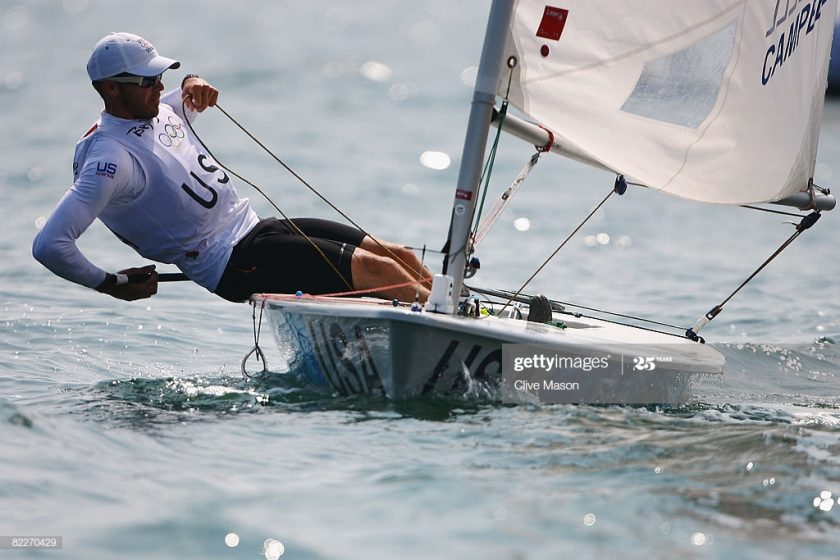 Do you Currently Own a Laser: No. I think I have owned six boats in my career starting with my dad’s second hand boat 114341.

Most memorable moment in Laser sailing… (There are a thousand!…) would have to be winning the Gold medal in the final run of the Pan Am Games in Rio. I had to pass a few boats and only was just able to squeak through. On the other side of the coin I’ll never forget the hardest regatta of my life at the 2000 Olympic Trials in San Francisco YC, 15-18kts for 8 days was hard work for a few of us 16-year-olds at the regatta, but it was a character building experience!

Advice to young Laser sailors: Go sailing as much as you can. Sail in every condition, even if it’s only for ten tacks and ten gybes. Laser sailing will prepare you for every type of sailing possible, but it is also some of the best sailing in the world, so live it up and go do it in as many places as it will take you. I sailed in 20 different countries and 20 US states during my 10 years of Laser sailing! My other advice to Laser sailors is to sail as much as you can in other boats too! Racing with teammates, racing in boats that need tuning, racing in boats that foil or don’t plane… all of these things will make you a better Laser sailor as well! Most importantly… have fun! There are plenty of hard parts about learning a difficult platform to handle. As long as you’re having fun, you’ll constantly be improving!

There is never a doubt in my mind that the Laser gave me the opportunity that no other class could. I was very lucky to have had the boat as popular as it was when I was growing up in San Diego.