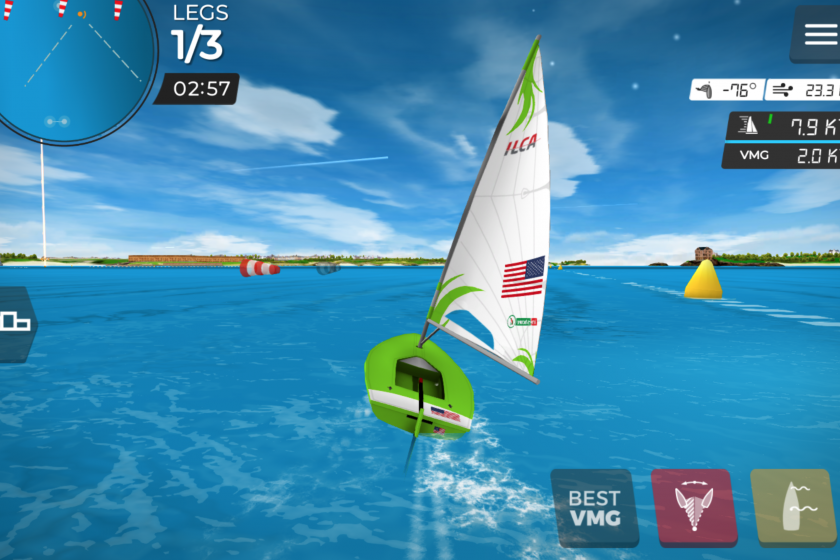 The International Laser Class Association (ILCA) has partnered with World Sailing and Virtual Regatta to be part of the popular eSailing movement. Beginning Saturday 20 June, eSailors worldwide will be able to race in the Laser class boat as part of Virtual Regatta Inshore.

Widely recognized as one of the world’s most popular boats, the Laser/ILCA Dinghy will make its Virtual Regatta debut as part of the “Virtual Kieler Wocher Challenge” to be held from the 20–28 June.

World Sailing and Virtual Regatta, the leading digital sailing platform, are constantly striving to bring the sport seamlessly into the virtual world and expanding the boats offered. The partnership with ILCA was a natural for the game and is a perfect way to engage with the large community of Laser sailors worldwide. To help get the right look and feel, ILCA worked closely with Virtual Regatta and a group of active Laser sailors and eSailing enthusiasts in the development project.

ILCA has enabled the addition of one of the world’s most popular adult and youth racing boats into the game. The Laser is a hugely versatile boat, offering everything from recreational racing for sailors of all ages, up to the highest level of competition at the Olympic games.

Eric Faust, Executive Secretary at ILCA commented, “The International Laser Class Association is proud to partner with Virtual Regatta and World Sailing to be part of the game, and especially the eSailing World Championship. We know that a lot of our members are active Virtual Regatta players and we are excited to let our sailors get back to racing even when they may not be able to go on the water.”

Kieler-Woche, one of the world’s best-known sailing events, and a number of other international Olympic class sailing events have been cancelled or postponed due to the COVID-19 pandemic. World Sailing and Virtual Regatta have worked closely to hold virtual challenges during the same dates, allowing the sailors around the world to compete virtually and remain connected throughout this time.

The challenge will be available from 20 June and can be played on Virtual Regatta Inshore on Desktop – iOS – Android.