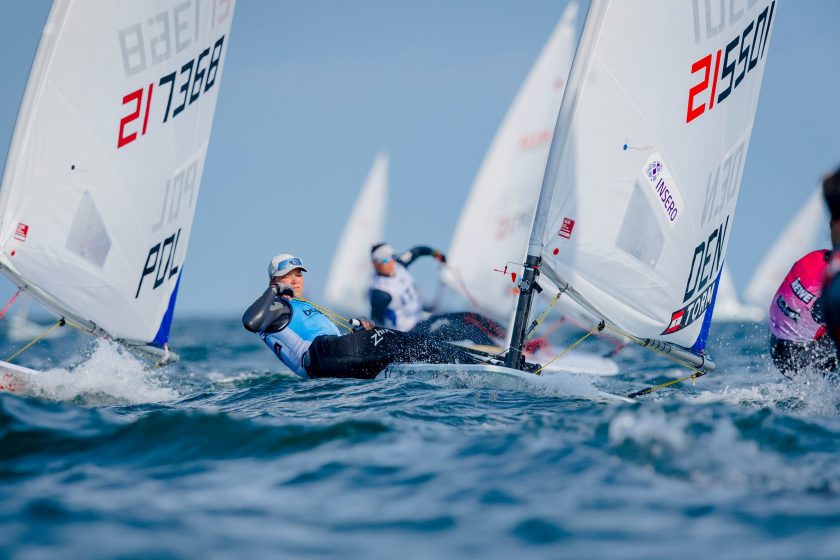 After eight days of high-performance sailing with 19 classes and 278 races, Kiel Week 2020 is wrapped up. “We are very satisfied and, with a few exceptions, were able to complete the entire program in all classes. In the Laser and 29er silver groups, we skipped a few races because of the strong wind,” said Chief Race Director Fabian Bach. “The teams did a great job. Of course we were also lucky with the wind, but that’s part of the game.”

In the Laser Radial fleet, the reigning Laser Radial world and Olympic champion Marit Bouwmeester crossed the finish line of the last race in 20th place and the gold medal at Kiel was gone for her. This slip by the Dutch sailor let the 2019 world champion Anne-Marie Rindom (Denmark) pass into first, and Hungarian Mária Érdi finished with bronze. “I’m surprised. Marit is a strong competitor,” said Ridom, “especially when there is a lot of wind. But she made some mistakes, and that was my luck. We come to Kiel Week every year, it’s always a great event. We love it. But this year it was particularly high-quality because we didn’t have a regatta after the World Cup.” Rindom took part in both halves of the regatta during Kiel Week, first sailing in the open Laser Radial class and then in the Olympic women’s fleet. “Completing 22 races in eight days – it’s perfect training for the European Championship in three weeks.” After that, the focus is already on Tokyo, “I will work hard and then expect another close fight with Marit.”

In the Laser Standard fleet, Germany’s Philipp Buhl swept to victory with a first and a third place on the final day. Once again, British sailor Elliot Hanson was beaten. Two years ago, Hanson gave Buhl the Kieler Woche victory in the closest of final races, and this time the margin of victory was four points. For the German world champion, it is his sixth title at Kiel, with the British duo Hanson and Michael Beckett taking silver and bronze. “I haven’t forgotten how to sail in the wind during the long break,” said Buhl. “But winning is not a sure-fire success in this class. There were seven or eight out of the top 15 in the world.”