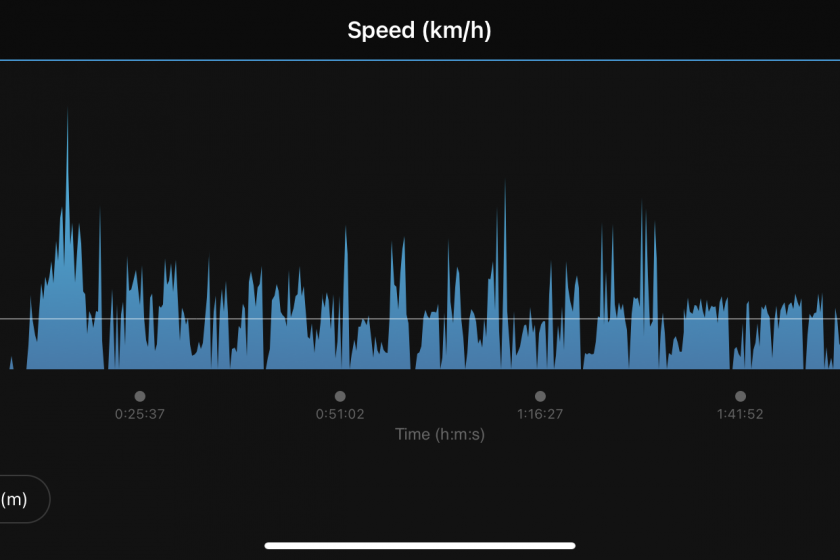 Who has set the world record for fastest boat speed in a Laser? Without formal class records to compare against, two Australian contenders have surfaced this week.

Daniel Costandi is a 17-year-old Laser Radial sailor who has competed in four Laser World Championships. On November 30, it was blowing 40+ knots just north of Sydney and Costandi, with a fellow Radial sailor, took out two Lasers for some fun. In his own words:

In the protected flat waters of Middle Harbor (Cobblers Bay) where one side was somewhat protected and one side where the high winds funneled down, we experienced gale-force winds and were lucky enough to catch some and sail down with them. As I do with all my sailing, I wear my highly accurate Garmin watch, which has many features including a GPS speedometer. During this sail, I was heading downwind already in a 30kt gust when I was further hit with what I believed to be a 40+ knot gust whilst still being in flat water. I had my doubts about my rig snapping as I had never seen my rig bend forward as it did that day, however, luckily I just took delivery of a new carbon lower section because if I had an aluminum mast on I think it would have snapped. During this gust, I momentarily was able to look at my watch to see my speed, which is displayed, and I saw a speed of 38km/h (20.52kts). Once ashore I quickly downloaded to data from the session and upon further inspection, I saw my Garmin watch recorded a speed 40km/h (21.6 kts !!!).

Meanwhile, once word got around that Costandi might’ve set a record, Australian Jeff Loosemore shared his speed data of 22.2 knots from the 2018 Laser Radial Worlds in Kiel, Germany. In Loosemore’s own words:

The race was the Radial Worlds Race F2 in the afternoon of 22/June/2018. I think the speed occurred on the first reaching leg between mark M1 and mark M2. I had slipped to near the back of the fleet after a terrible first beat so there were not many boats near me. I was hit by a massive gust. The wind direction and wave angle were perfect for speed and for several seconds the boat absolutely took off.  There was so much spray that I couldn’t see anything ahead and I was hoping I didn’t run into any capsised boats. I looked at the actual race tracker but that would calculate a moving average speed so it wouldn’t show the short burst of peak speed that caused the 22.2 knots. See the SAP analytics page showing my 22.2kts for AUS 207357 in the Statistics section.

With 0.6 knots of a difference from each other, both Costandi and Loosemore have certainly set the bar high. Will there be any other contenders?