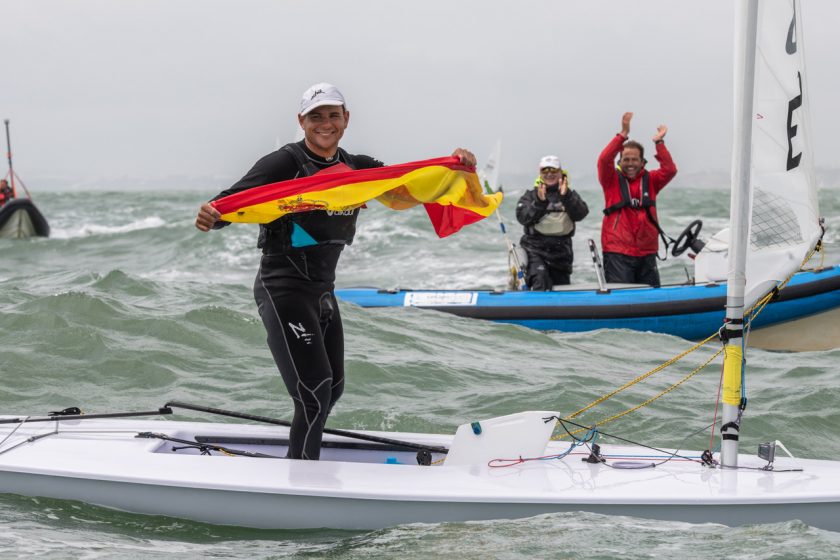 It was an exciting final day of racing in Vilamoura, with tough conditions pushing the strength of the sailors chasing the Olympic qualifications and the podium.

After all 12 races, Spain and the Netherlands locked in their slots for Tokyo in the ILCA 7 class, as the top two out of 17 countries eligible. Spanish sailor Joel Rodriguez Perez finished in 9th place overall, but was the leader for those contending for the Olympic slots. “We knew it was going to be a close fight. I had a bad day, but the week was better, enough to guarantee today the goal of taking Spain to the Olympic Games,” said Perez.

Duko Bos of the Netherlands was competing most closely with Belgium’s Wannes Van Laer for the second slot to Tokyo. Ultimately, Duko Bos secured the Olympic qualification for the Netherlands. However, he was not the one selected to compete in Tokyo for the Dutch. “It was a tough day, I started well, I was happy with the first race, but the second didn’t go as planned. I tried to recover, and it was enough to qualify the country, but not to be selected, which causes mixed feelings,” Bos shared.

In the end, victory of the ILCA 7 fleet went to German Philipp Buhl, who rose to the top of the fleet after a stellar day of racing today. “Today was exhausting, but I did well with a second and first place. It was really hard but fun at the same time. In the last race, I gave my best, as a matter of fact like everyone else. I’m very happy to have won,” said Buhl.

The difference between first place and second place in the ILCA 7 fleet was only one point, with silver going to Brazil’s Robert Scheidt, just one point behind Buhl. Great Britain’s Michael Beckett rounded out the podium in third after a solid performance all week at the event.

In the ILCA 6 fleet, the two Olympic slots had been secured earlier this week for Israel by Shay Kakon and Portugal by Carolina João, so attention was focused on the podium today. Denmark’s Olympian and World Champion Anne-Marie Rindom was the winner by 39 points after having maintained first place all week long. Silver went to Josefin Olsson of Sweden who finished five points ahead of Japan’s Manami Doi, who claimed bronze.