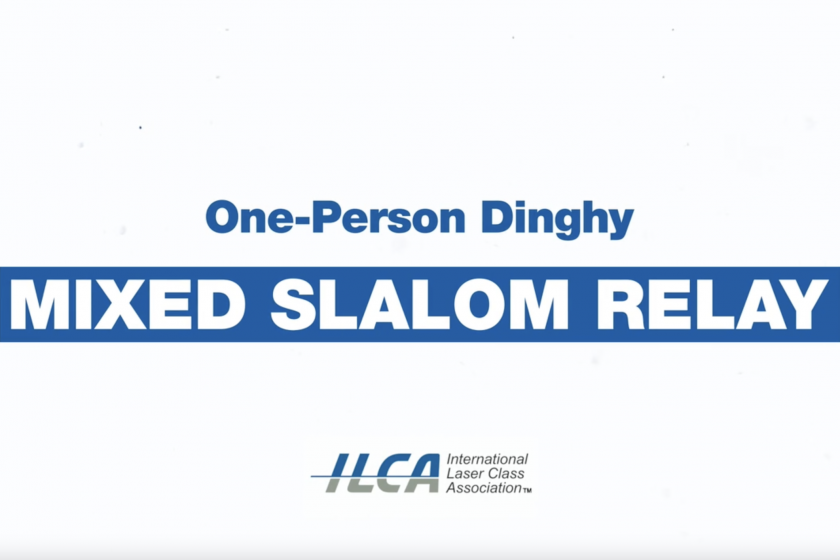 World Sailing will be considering all proposals this week for the 10th medal race at the 2024 Olympic Games, including the Mixed One-Person Dinghy Slalom Relay. The slalom format is a long-running event dating back to the first San Francisco Slalom held in 1974 and held continuously and at numerous locations since that time. The purpose of this slalom relay proposal will be to offer a credible, media-friendly, and exciting tournament-style event for Olympic sailing.

Countries will form teams made up of equal numbers of men and women. The teams will compete in head-to-head relay races sailed on a small slalom course consisting of a starting line, finish line, two slalom legs, and one reach leg (see diagram).

Each sailor will complete a lap of the race, tacking at each upwind slalom mark and jibing at each downwind slalom mark before handing off to the next sailor. The equivalent of a “baton pass” can be achieved simply, with the boat beginning its lap crossing behind the boat that is finishing its lap after it has cleared the finish line. The team to cross the finish line first advances to the next round in a traditional “bracket style” tournament scoring system where winners advance toward a final head-to-head race.

Like slalom skiing, sailors can hit marks as long as their boat passes on correct side. To reduce the influence of on-the-water judging decisions, Rule 42 is not enforced. The course will be positioned as close to shore as possible to maximize spectator views and provide ease of access for television coverage and commentary.