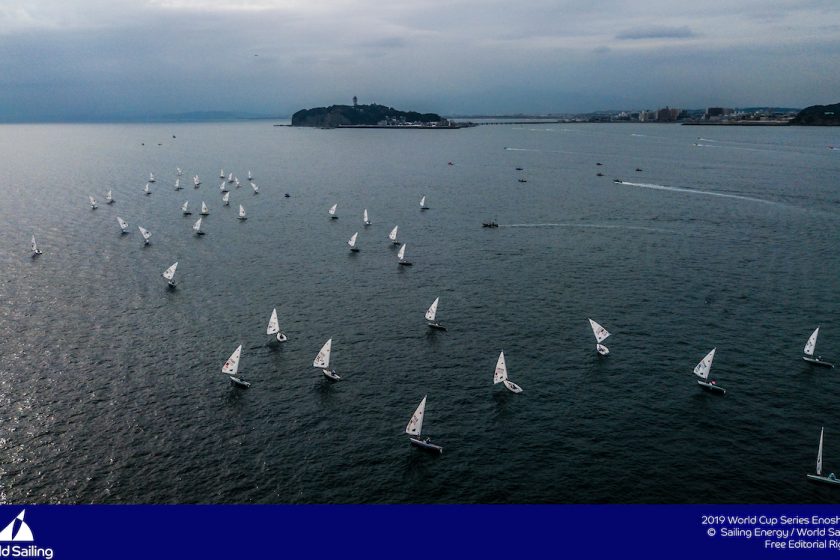 After the postponement of the Tokyo 2020 Olympic Games due to COVID-19, the Olympic sailors are finally arriving in Tokyo to meet their boats and begin training before the competition. Races will be held July 25 – August 3, 2021 at Enoshima Yacht Harbour. Japan was the venue for the Sailing World Cup Series from 2017 through to 2020, which allowed some of the sailors to get to know the waters they will compete on at the Olympics.

ILCA 7 Sailors to Look Out For
Brazil’s Robert Scheidt won the first-ever Olympic gold medal in the ILCA dinghy (Laser) class at the Atlanta 1996 Games. Scheidt then went on to win a silver in Sydney and his second gold medal in Athens. After then switching to compete in Stars and winning silver and bronze Olympic medals, he has returned to the ILCA dinghy and will be back on Olympic waters in Tokyo.

Australia’s 26-year-old Matt Wearn, a steady competitor on the international podium, was selected after tough domestic competition with teammate and Rio gold medalist Tom Burton. This will be Wearn’s first Olympic Games, but after winning a medal at the last four consecutive World Championships, he is no stranger to the competition.

Great Britain’s Elliot Hanson, another sailor competing at his first Olympics, was selected out of a very strong national team of ILCA 7 sailors. At the European Championship in October, Great Britain filled out the podium with Hanson in first ahead of teammates Michael Beckett (silver) and Lorenzo Chiavarini (bronze). The 27-year-old experienced Enoshima for the first time in 2018 where he secured gold at the 2018 World Cup Series, winning by the equivalent of two medal places.

ILCA 6 Sailors to Look Out For
The Netherlands’ Marit Bouwmeester claimed a silver medal at the London Olympics, a gold medal in Rio, and is ready to fight for a third Olympic medal. Since the Rio Games in 2016, she has won either gold or silver at each World Championship and will be ready to continue her streak in Tokyo.

Belgium’s Emma Plasschaert will be competing in her first Olympic Games, after being selected to follow teammate Evi Van Acker who competed in Beijing, London, and Rio. Plasschaert won the 2018 Hempel Sailing World Championships and Round 1 of the 2019 Hempel World Cup Series in Enoshima, competing on the same waters she will be next week.

Denmark’s Anne-Marie Rindom is another returning Olympic athlete, who shared the podium with Bouwmeester in Rio after winning bronze, and she finished in 13th at her first Olympics in London. Since Rio, Rindom won the 2019 World Championship, along with countless other international regattas and will be eager to return to the Olympic podium for a second time.