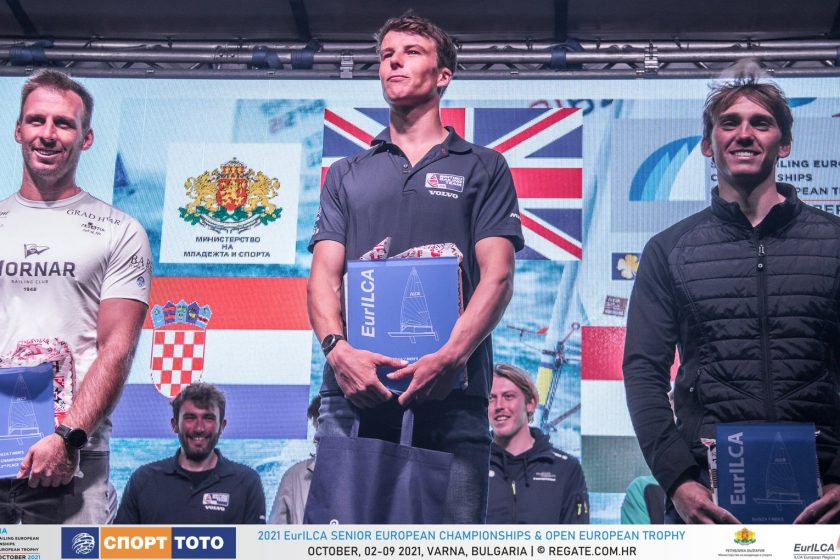 With the Olympics well and truly in our rearview mirror, the focus of the Olympic ILCA 7 fleet has turned to the 2024 Olympics in Marseille. With the first major regatta of this Olympic cycle already completed, the upcoming World Championship in Barcelona will see a number of Tokyo Olympians return to racing after giving the recent European Championships in Bulgaria a miss. The Europeans in Bulgaria saw exceptional results from a number of non-Olympic participants, who will be looking to make their mark and secure all important funding for the rest of their campaigns.

The top 3 podium positions at the European Championships were taken by Michael Beckett (GBR), Filip Jurisic (CRO), and Jonatan Vadnai (HUN), all of which narrowly missed out on Olympic selection for Tokyo 2020. They all put together exceptionally consistent weeks in Varna, but they will be joined by their Olympic compatriots in Barcelona, and I’m sure these three will be looking to one-up their fellow countrymen, and gain a psychological edge over them to start off the Olympic cycle.

A notable absence from the entry list for the 2021 World Championship is the Olympic gold medalist, Matt Wearn (AUS). While he has made it abundantly clear that he plans on trying to defend his Olympic title, his four Australian training squad partners all achieved top 15 results at the European Championships, with 2021 U21 World Champion Zac Littlewood claiming an exceptional 8th place on debut at a Senior Europeans.

Another high-achieving Olympic returnee is defending World Champion and ILCA stalwart, Philipp Buhl (GER). After finishing just outside the medals in Tokyo, Buhl is going to want to show that he can still stand on top of the podium and retain his title. 2012 Olympic medalist and two-time World Champion Pavlos Kontides (CYP) will also be racking up on the start line, and you can be sure that he wants to add a third title to his long list of achievements in the class. The Olympic silver and bronze medalists from Tokyo, Tonči Stipanović (CRO) and Hermann Tomasgaard (NOR) will also be competing in Barcelona and ready to get back on the podium.

At this time of year, the weather gods can produce a wide range of conditions around Barcelona, and it’s hard to say what type of regatta we can expect. Racing kicks off in Barcelona on the 5 November, for a 12-race championship. You can follow along with the racing here.