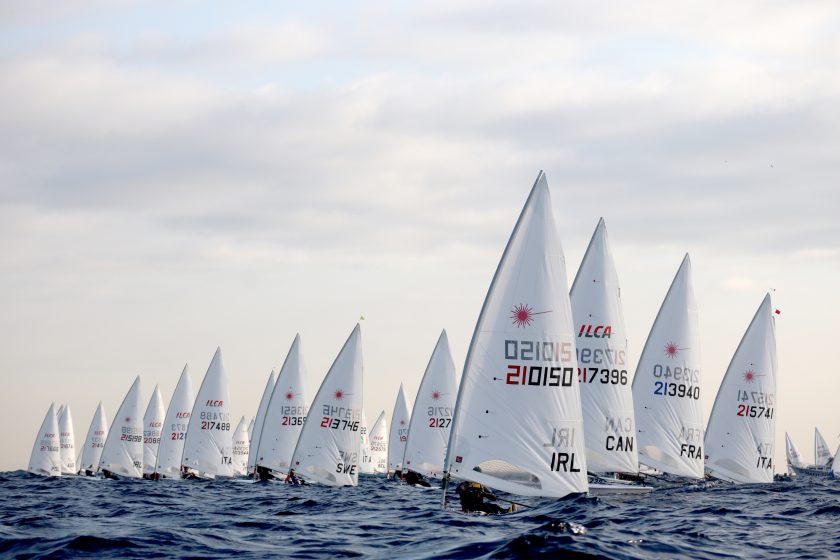 Once again, the sailors had an early start today with the first warning signal at 9:00. The ILCA 6 fleets enjoyed an average northwesterly wind of 12–16 knots while the ILCA 7 had an average of 10–12 knots, and both were able to complete their races without a hitch, to be back on shore by 11:30.

In the ILCA 6 fleets, Great Britain’s Jon Emmett added two more firsts to his picket fence in the Apprentice fleet; Sweden’s Stefan Eriksson is first of the Masters; Spain’s Miguel Noguer rose to the top of the Grand Master division; American Bill Symes also has a straight picket fence in the Great Grand Masters division while fellow countryman Peter Seidenberg sits in first place over the Legends.

Steady conditions are forecasted for Day 5 in the morning, so the first warning signal will be at 9:00 again with two races scheduled.