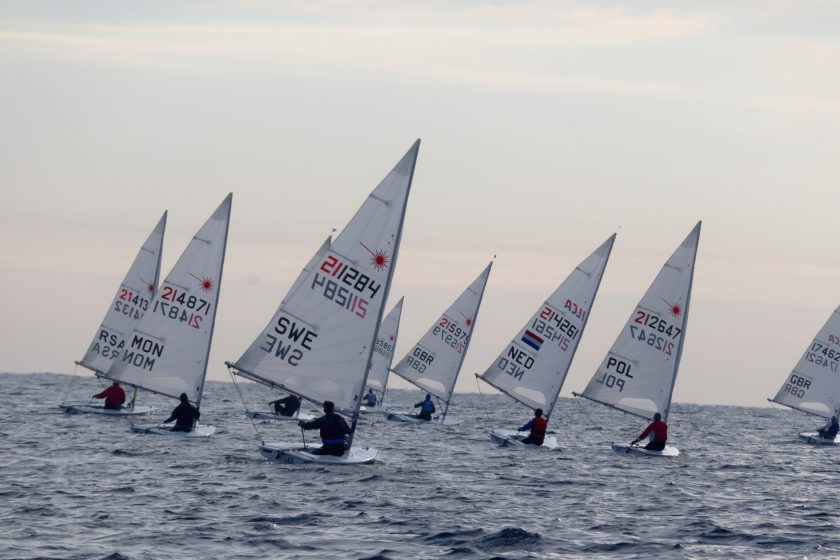 Barcelona, Spain – Two races were completed today for all the ILCA 7 divisions and the ILCA 6 Masters and Grand Masters, while the one remaining race was completed for the other ILCA 6 divisions. Sailors went out again for a 9:00 first warning signal in about 6–10 knots, enough wind to complete the championship.

In the Masters division, American Ernesto Rodriguez was named champion, 27 points ahead of fellow countryman Peter Hurley, and France’s Bertrand Blanchet rounded out the podium with bronze.

In the Apprentice division, Jon Emmett was named champion after finishing with only 12 points overall. Spain’s Arturo Reina and David Gonzalez secured silver and bronze, respectively.

In the Great Grand Masters division, American Bill Symes also ran away with gold, finishing the event with only 13 points. Canada’s Paul Clifford sailed into second place overall and Great Britain’s John Reay rounded out the podium in third.

In the Legend’s division, Americans Peter Seidenberg and Jaques Kerrest secured gold and silver, and Henk Wittenberg of the Netherlands won bronze.