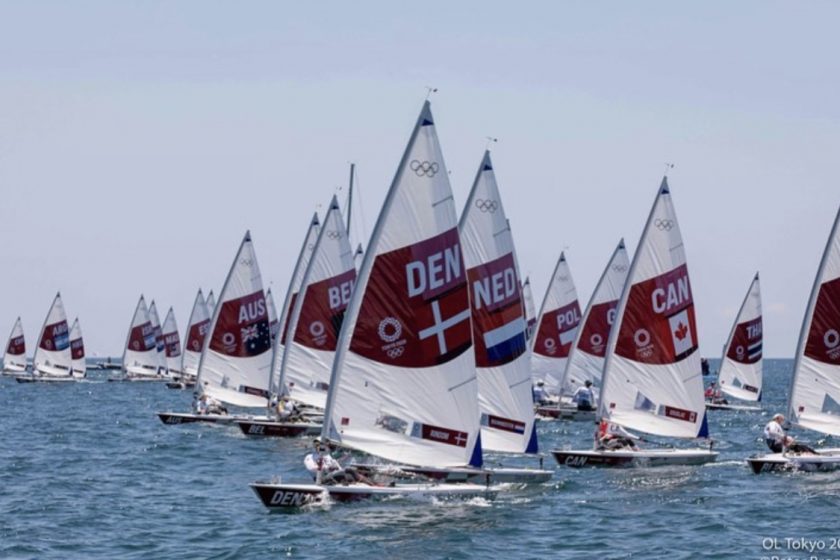 Via Sail27; Photo by Peter Brogger

Al-Mussanah Sports City in Oman will play host to the 2021 ILCA 6 World Championships – the first World Championships for the women’s Olympic single-handed dinghy fleet on the path to the 2024 Paris Olympics. Taking place outside of Europe and less than six months after the Tokyo Games, there are still a number of big names missing from the entry list. But as is always the case in the ILCA class, there will be tight racing throughout the fleet, and this regatta will serve as a benchmark for the start of the Olympic cycle.

Following the Olympics, the ILCA 6 fleet first reconvened at the 2021 European Championships in Varna, Bulgaria where Agata Barwinska from Poland took the title, with Maxime Jonker (NED) and Vasiliea Karachaliou (GRE) standing beside her on the podium. These three will all be competing in Oman, and they’ll be looking to repeat their performances at the World Championship level in less than a week’s time. The European Championship triumph for Barwinska came off the back of victory at the Kiel Week regatta, and it appears that she is firmly establishing herself as one of the top contenders in the ILCA 6 fleet.

Being part of the hugely successful Dutch ILCA 6 squad, Maxime Jonker has previously finished second at the 2020 ILCA 6 World Championships, so the top step of the podium has to be on her mind. Jonker makes up half of the smaller than usual Dutch squad, which has a noticeable absence from three-time Olympic medalist Marit Bouwmeester, who recently announced her pregnancy with a baby girl, but still plans to campaign toward Paris 2024. After her bronze-medal finish at the Tokyo 2020 Olympics, Bouwmeester is looking to add a fourth Olympic medal to her trophy cabinet, but she won’t be without competition from her previous podium rivals.

Danish Olympic Champion Anne-Marie Rindom features on the entry list for the 2021 ILCA 6 World Championships, and it seems that her gold-medal glory in Tokyo has done nothing to distract her from further ILCA 6 success. Known as one of the hardest workers in the ILCA 6 fleet, the World Sailor of Year nominee is clearly determined to round out her outstanding year with an additional ILCA 6 World Championship title.

Mussanah, Oman recently played host to the 49er/FX and Nacra 17 World Championships which featured six days of light to moderate breezes. Racing starts for the ILCA 6 women on December 1, and the long-range forecast is currently suggesting similarly mild breezes. Racing will be held alongside the ILCA 6 Men’s World Championship, and both regattas can be followed on the regatta website.