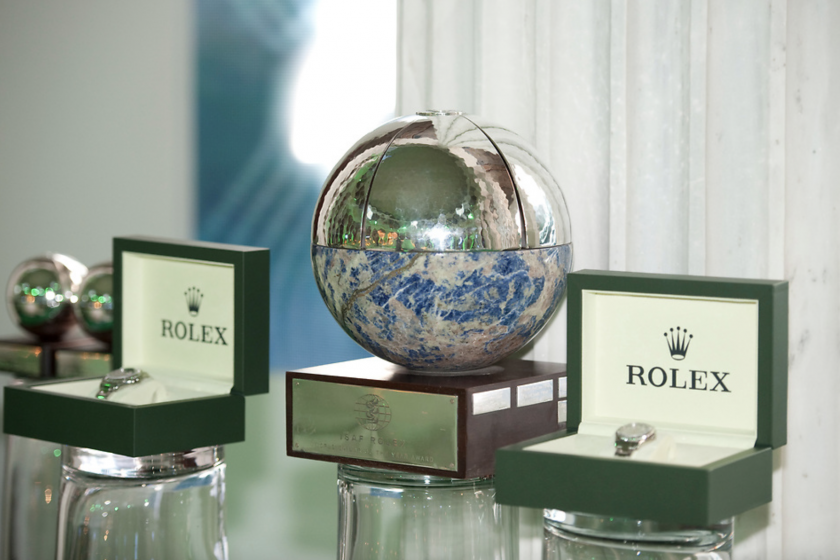 Denmark’s Anne-Marie Rindom, two-time ILCA 6 Olympic medalist and world champion, has been nominated for 2021 ROLEX World Sailor of the Year. As this award is the most prestigious individual award of recognition in sailing, nominees are those that have performed at the highest level over the last 12 months and continue to inspire globally. Rindom is no exception.

After winning Kiel Week and placing second at the Senior European Championships last fall, Rindom kicked off 2021 with a bang, winning both the Lanzarote Series in Spain and the Vilamoura European Continental Qualification in Portugal. Known as one of the hardest working sailors in the fleet, Rindom’s hard work and energy geared toward the postponed Tokyo Olympics paid off. Rindom continued her winning streak and secured the Olympic gold medal in Tokyo, ahead of Sweden’s Josefin Olsson and Marit Bouwmeester of the Netherlands. Rindom now has the bronze medal from Rio, the gold medal from Tokyo, and she already has her sights on Paris, starting with the ILCA 6 World Championships this week in Oman.

The 2021 World Sailing Awards show will be LIVE from 20.00 UTC on Thursday, December 2. Ahead of the LIVE show on December 2, cast your vote HERE to support Rindom, and tune in HERE to join the show virtually for an evening celebrating outstanding achievements and exceptional contributions to global sailing.

More About the ROLEX World Sailor of the Year Awards

“World Sailing launched the World Sailor of the Year Awards in 1994 to reward individual sailors for outstanding achievements in the sport.

Since 2001, ROLEX has sponsored these awards – this year marks the 20-year milestone of the ROLEX Sailor of the Year Awards. See past winners here.

World Sailing’s 146-member National Associations and its 119 classes have nominated a record number of 39 athletes representing a total of 19 nations from across the entire discipline spectrum for the ROLEX World Sailor of the Year Awards 2021.