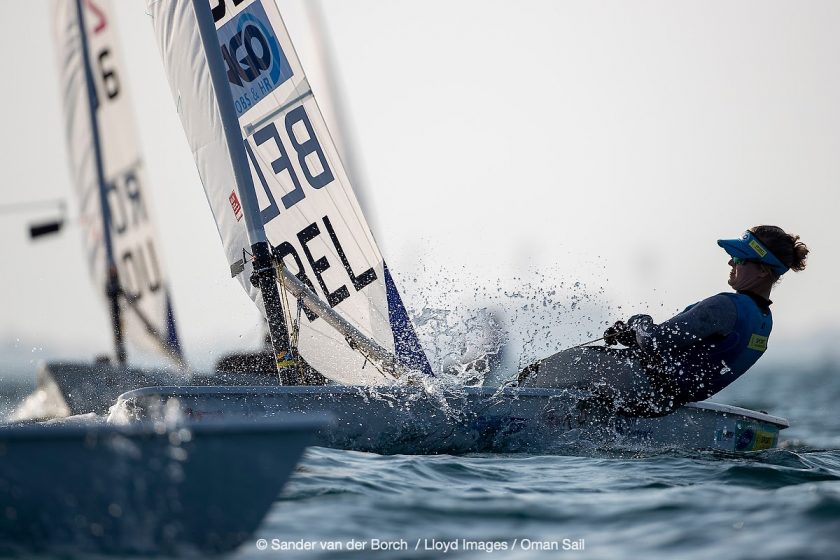 In the women’s fleet, Belgium’s Emma Plasschaert took home the title by remaining consistent and steady with two top-ten finishes today and rising to the top from fifth place yesterday. Agata Barwinska of Poland, who has kept herself at the top of the fleet all week, finished with a 21st and 12th today, which was enough for her to tie in nett points with Plasschaert and place second overall. Just two points behind Plasschaert and Barwinska is Lithuania’s Viktorija Andrulyte who also had a strong and steady week, given the conditions. Denmark’s Anne-Marie Rindom was leading the fleet after yesterday, but finished with a 36th and 19th today dropping her to fourth. Julia Büsselberg of Germany had a stellar day, with a second and first in today’s races, which pulled her back on the leaderboard to finish in fifth overall.

In the men’s division, Nik Pletikos of Slovenia secured the title just one point ahead of Oman’s ALMuatasim Al Farsi. Al Farsi and Pletikos were battling all week, keeping close together on the scoreboard, but Al Farsi was leading the fleet until Pletikos closed the distance yesterday to sit just one point behind, heading into the final day. Oman’s AbdulMalik Al Hinai finished in third, just four points behind Al Farsi. Umut Eyriparmak of Turkey finished close behind in fourth and Karel Ratnik of Estonia placed fifth overall.

For the full results, see here.