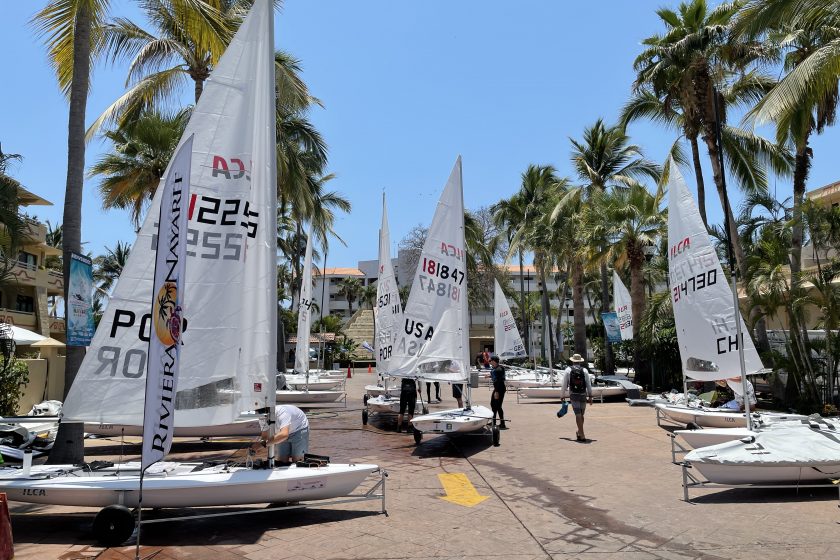 The 2022 ILCA 7 Men’s World Championship in Riviera Nayarit, Mexico about to start!

The championship is widely expected to be one of the highlights of the sailing year, as the world’s top sailors look to make their marks early in the Olympic sailing quadrennium leading up to Paris 2024.

Winning a world championship in an Olympic class is one of the highest honors attainable in our sport, which certainly contributes to the pressure the competitors are feeling leading up to this event. A good result is not only a morale boosting personal achievement but also serves as a message to your opposition for the coming year.

This year’s event will take place on the waters of Banderas Bay, the second largest bay on the North American coast, which has a very mild climate with extremely reliable wind and sea conditions. In the spring and summer, winds are such that sailing is possible every day, thanks to a regular daily thermal wind directions and speeds.

We are going see very interesting and exciting sailing as most of the top fleet is here and prepared to claim the world champion’s title. The most famous names in the class will be on hand, like Thomas Saunders from New Zealand who will definitely be doing his best to keep the title he won in Barcelona last year. It will not be easy for him as Finn Lynch (IRL), Tonci Stipanovic (CRO), Philipp Buhl (GER), Pavlos Kontides (CYP) and other ILCA star sailors will aim for exactly the same!

In only one week’s time we will witness who will be crowned the 2022 ILCA 7 Men’s World Champion.