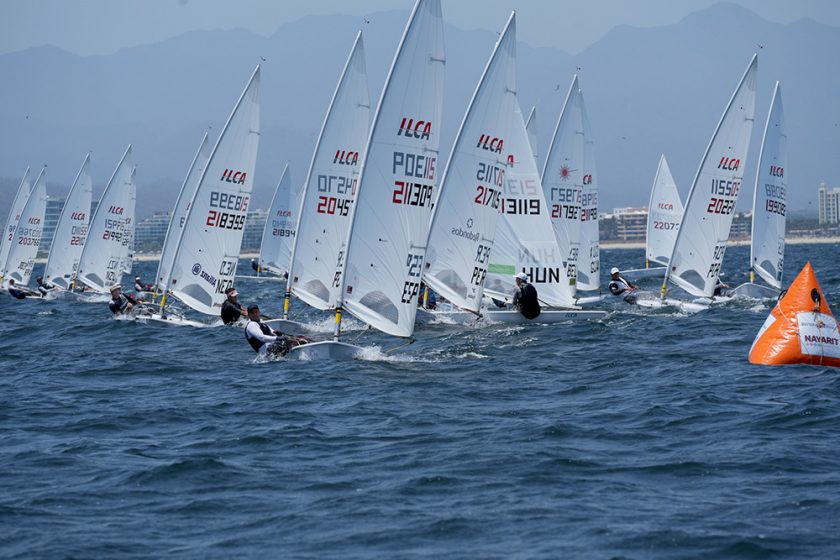 Vallarta, Mexico – The opening day of the 2022 ILCA 7 Men’s World Championship under the hot Mexican sun on the Banderas Bay, where 126 sailors began their hard road for the gold. Racing is due to take place every day until 28 May 2022.

The fleet is split into the two fleets, where 63 sailors in each fleet will sail the first 3 days the Qualification series, followed by the Final series where the best half of the fleet will compete in Gold fleet and other part in Silver fleet.

As usual for this time of the year on Banderas Bay, the best wind comes around noon so the races are scheduled to start at 1300 every day. Nice and stable breeze today with 12 knots of wind allowing the fleets to start their first race without any recalls and delays.

There was a little drama when one of the ‘hot-shots’ Matt Wearn from Australia had to return back ashore before the first start as he did not feel well. With only one drop allowed from the qualifying series the current Olympic champion has put himself in a difficult position.

In race 1, Luke Elliott from Australia took the first win in the regatta in front of Jonatan Vadnai from Hungary and George Gautrey from New Zealand in Yellow fleet.
In Blue fleet, Just Van Aanholt from Aruba finished first after leading at all marks in front of Nik Aaron Willim from Germany and Filip Jurišic from Croatia. After the race Just said: “My coach told me to work on the right side of the first leg but I felt there was a shift from the left which I decided to sail” proving the decision correct by leading at the top mark.

For the second start the race committee changed the course axis and length due to a strengthening wind that shifted 15 degrees. At this time the sailors were too aggressive at the starting line with the race committee recalling both fleet starts under U flag. Both fleets started then cleanly under the Black flag.

In second race the winners changed so in Yellow fleet Joaquin Blanco Albalat from Spain won the race in front of Jonatan Vadnai from Hungary and Jean-Baptiste Bernaz from France.

Tomorrow, on second racing day two races are scheduled for both fleets with the first possible warning signal at 1300.