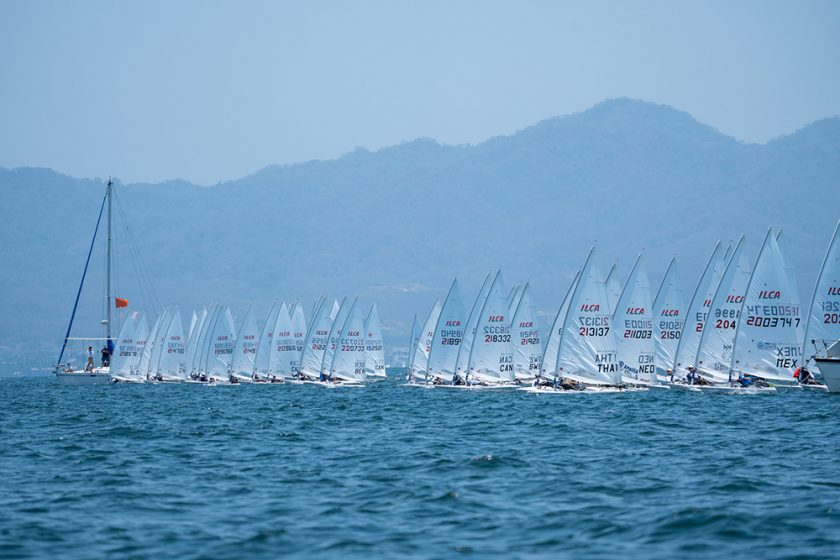 Vallarta, Mexico – The fleet was greeted with lighted and shiftier winds as they arrived in the starting area for race 9 at the ILCA 7 Men’s World Championship in Riviera Nayarit, Mexico.  The race committee had to postpone the start several times to adjust to the breeze however, both fleets finally started all clear.

Pavlos Kontides (CYP) had a comfortable lead at the leeward gate and kept his position till the finish. With this race win Pavlos moved up from 6th position to 2nd.

The second race of the day was again good for Pavlos, finishing fifth however, Thomas Saunders from New Zealand by finishing third behind race winner Filip Jurišic and Tonci Stipanovic in second, both from Croatia, moved ahead of Pavlos to second overall with just one point.

Before the last day tomorrow, Jean-Baptiste Bernaz (FRA) is still holding the lead with 30 points, despite losing 10 points to his competitors today which has left him with a 20 point lead. Thomas Saunders (AUS) is now in second place, just one point ahead of Pavlos Kontides (CYP) and Tonci Stipanovic (CRO) both having 51 points.

With the last two races of the championship to be sailed tomorrow, everything is still possible with the final podium positions unlikely to be certain until after the last race.

Tomorrow, on the last racing day, two races are scheduled for both fleets, with the first possible warning signal at 1300.