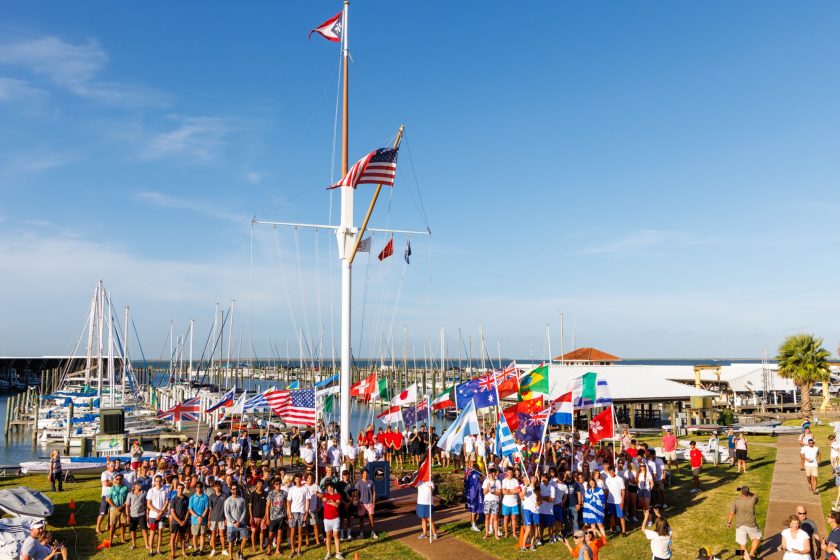 Shoreacres, TX, USA – More than 200 competitors from 35 countries have arrived to compete in the 2022 ILCA 6 Youth Worlds, hosted by Houston Yacht Club. Registration and equipment inspection began Saturday, although many had already been practicing during the preceding week to become familiar with the facility, the racing area, and the wind patterns. They held one practice race today, followed by the Opening Ceremony.  Members of HYC and the local mayor welcomed the competitors after a ceremonial parade of flags from all countries represented, followed by a generous buffet meal poolside.

The sea breeze typically fills in from the SSE around midday, so racing is scheduled to begin at 1400h. Four fleets, one for the women’s division and three for the men’s divisions, will be racing on a single trapezoid course with separate starts. The schedule calls for two races per day for each fleet, with final races and prize-giving on Saturday 30 July.